Reports are that Volvo has added two new SUVs to its plans for the next few years. The Swedish automaker has been sufficiently successful with its small XC40 and big XC90 SUV models in global markets that it is looking at developing two additional utility vehicles – specifically, at each end of the size spectrum.

In speaking with media outlet Auto Express, Volvo CEO Hakkan Samuelsson said the company has not ruled adding more SUVs to its lineup, adding that people “should not exclude the idea that there might be a bigger one, but maybe also a smaller one.”

We’ve seen this trend across the industry, wherein automakers look to plug holes in their lineup, particularly by producing models in new sub-segments within the SUV category.

Swedish media outlet Teknikens Varld reports that at the top end of the size scale, Volvo was prevented from developing a full-size model by budget constraints when it was owned by Ford. Now, with Geely ownership and given the explosion in popularity of SUVs, a potential XC100 is back on the table at Volvo HQ. It would be built on the company’s SPA2 platform, and it even has an internal name at Volvo: Project V616. 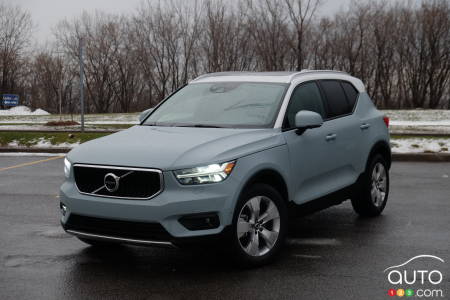 From big to small
There are fewer specifics regarding a new tiny SUV from Volvo, but word is a new model in this format could inherit some technology developed by Geely in China, and it could well come with an electrified powertrain. As well, it’s possible that Volvo might only make the new small model available for lease, not for purchase.

Auto123 decides what 10 things you really want to know the 2020 Volvo XC40 and Volvo XC90, premium SUVs with a strong family resemblance that stare at each o...

An XC100 Electric SUV in Works at Volvo?

The next generation of the Volvo XC90 SUV may be accompanied by an all-new coupe-style SUV from the Swedish brand, the XC100 Recharge. This new EV would foll...