Acura says the debut of its RLX Concept brings a first look at a design and engineering direction for its all-new RLX flagship sedan, which arrives early next year.

Driving the Concept is a Sport Hybrid SH-AWD system; three electric motors, a 3.5L direct-injected V6 (for more than 370 hp), and a 7-speed dual clutch transmission. Even with all that, it reportedly gets 7.8L/100km city/highway/combined/you name it.


Acura introduced its Sport Hybrid SH-AWD system in Detroit in January on the NSX Concept. It uses a front-mounted electric motor and dual electric motor drive unit to generate negative or positive torque to the rear wheels during cornering.

The production RLX will offer buyers the option of a 310-hp FWD version with Precision All-Wheel Steer, which offers independent control of the toe angle of the right and left rear wheels.

The RLX Concept runs on 20” forged aluminum wheels and 255/35 R20 high-performance tires. It’s about the same length as the current RL, but with a wheelbase and track — and width — two inches greater.

Also making their debut are Jewel Eye LED headlamps, which use a dual-stacked array with 10 high-intensity LED lamps and a bunch of fancy reflective stuff. 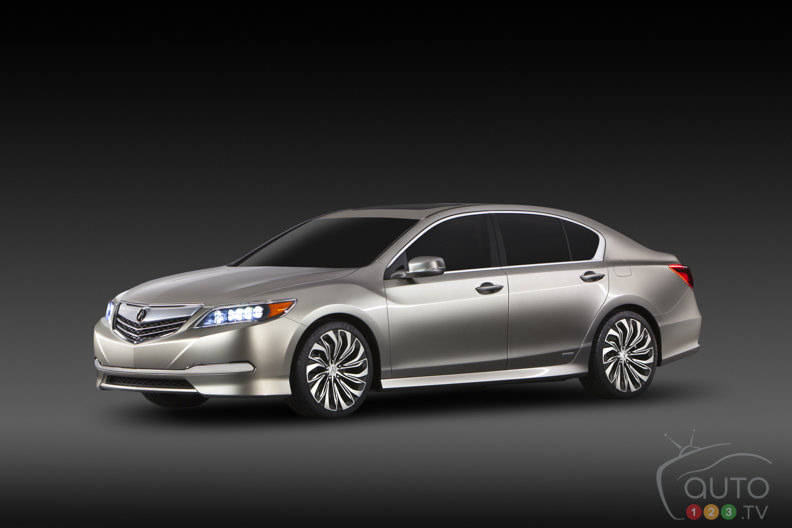 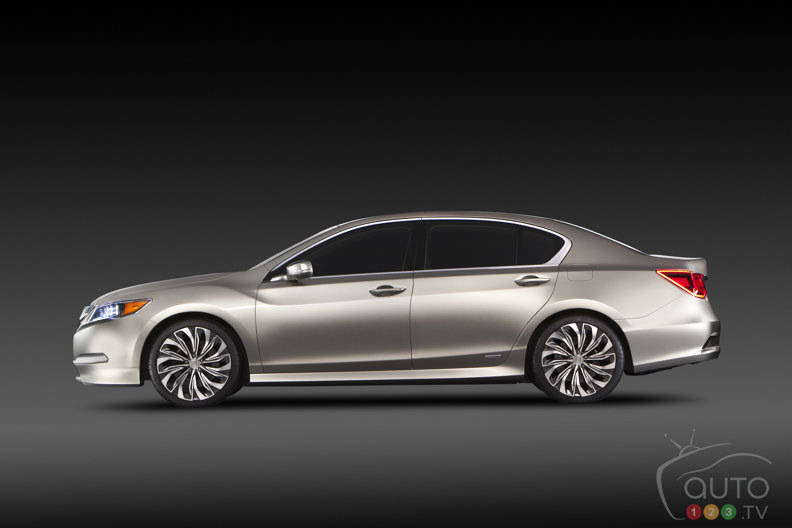 Of all the automakers, Nissan-Renault has placed the biggest bet on electric vehicles. The partners have gone on record saying they intend to sell 1.5 millio...

Infiniti LE Concept - A Vision of Zero Emission Luxury Re...

The Infiniti LE Concept, which makes its world debut at the 2012 New York International Auto Show, is more than just the latest in the series of dramatically...

Mazda will unveil its Takeri concept vehicle at the New York Auto Show next month. Takeri, the third in its Kodo (Soul of Motion) design theme and second to ...