Earlier this year Amazon announced a big $700 million USD investment independent EV maker Rivian. Now the former has placed massive order that will change all kinds of things for the latter, as well as reshape the future of commercial deliveries.

By any measure this is very large scale.

Rivian, you’ll recall, came seemingly out of nowhere last year after spending close to a decade developing its technology in the shadows. Its big splash came at the Los Angeles Auto Show in November when it unveiled its R1S and R1T concept vehicles. Since then it has been the recipient of more than $1 billion in investments, including $500 million from Ford and that $700 million from Amazon.

Amazon senior VP Dave Clark says that the order constitutes the biggest ever placed for electric delivery vans. He added, “Look out for the new vans starting in 2021”.

A number of other companies are working on electric vehicles designed for so-called “last-mile” deliveries of goods, when products leave the distribution centre on their way to consumers’ homes or offices. Amazon’s purchase is of a whole other order than other pilot-project delivery projects we’ve seen in the industry.

As for the configuration of all those vehicles, no technical details have as yet been provided, nor do we know how much Amazon is paying for each unit. 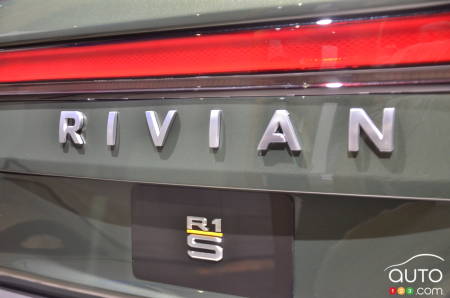 Rivian and Amazon Lift Veil on their Future Electric Deli...

Rivian and Amazon have partially lifted the veil on the electric delivery van the former is working on for the latter. You’ll recall that last year Amazon pl...

Amazon to Invest $700 Million in Rivian

Online sales giant Amazon is investing $700 million in electric-vehicle manufacturers Rivian. The independent automaker wants to have its first pickups on th...

GM and Amazon Looking to Invest in EV Maker Rivian?

After making its big entrance at the Los Angeles Auto Show with two electric models, manufacturer Rivian is drawing the interest of GM and Amazon. The two gi...