When it comes to autonomous vehicles, there appears to be an ongoing disconnect between the manufacturers forging ahead with developing technologies and conducting pilot projects, and the consumers that are eventually to buy these products.

A new study by the AAA – the latest annual survey of Americans’ attitudes towards self-driving cars taken by the organization– shows that a strong majority of U.S. motorists still do not trust the vehicles and the technology in real-world situations.

71% of respondents to the survey said that they are afraid to climb in to a fully autonomous vehicle. Last year the percentage of people reporting distrust sat at 63%. In the meantime, of course, a fatal accident involving an Uber test car in Arizona made a lot of people rethink how ok they were with having these vehicles operating on public roads in the U.S. 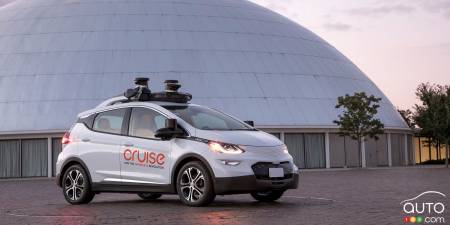 There does seem to be some evolution in people’s attitudes, with the survey revealing a greater willingness to accept the presence of self-driving cars in certain limited situations, such as low-speed routes over short, controlled distances. Presented with this scenario, 53% of respondents said that would be comfortable cohabitating with driver-less vehicles.

Another recent development has been the use of autonomous vehicles to carry out deliveries of groceries. In this case, 44% of respondents replied that they could accept that.

The trust doesn’t go very deep, though. Only one in five of respondents felt good enough about the technology to allow a self-driving vehicle to transport their loved ones. 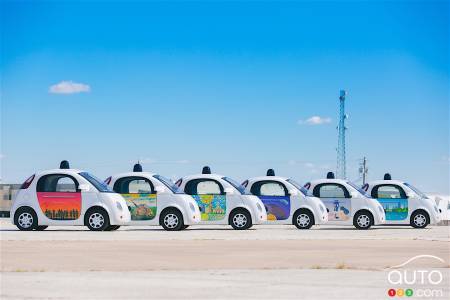 Familiarity breeds… trust
One takeaway from the study, in the view of AAA, is that the more people engage with the technology behind autonomous vehicles, the more they have hands-on experience with it, the more open they are to accepting the presence of driverless cars on the road. Motorists who have some autonomous driving features installed in their vehicle are 68% more likely to trust self-driving cars than those who have none.

"Despite fears still running high, AAA's study also shows that Americans are willing to take baby steps toward incorporating this type of technology into their lives. Hands-on exposure in more controlled, low-risk environments coupled with stronger education will play a key role in easing fears about self-driving cars."

It should be noted that one of AAA’s regional units actually operates an slow-speed autonomous shuttle in Las Vegas, Nevada, in partnership with Keolis, a public-transit firm. In that case, AAA found that those who had used the shuttle generally changed their opinion of self-driving vehicles for the better. 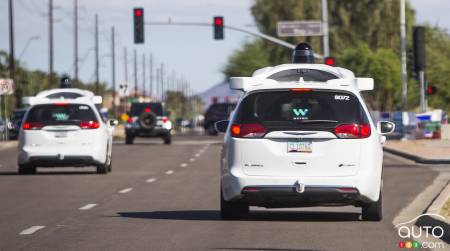 Apprehensive but resigned
As much as most Americans continue to feel distrustful of the new technology, a majority of them believe their arrival is inevitable and in fact imminent. 55% of the survey respondents say they expect most cars to be self-driving within the next decade. In this respect, their expectations may be getting ahead of the science. The technology is still really in its infancy, and the several levels to climb to reach full autonomy represent a steep hurdle.

Realistically, the odds are that we’ll be seeing increasingly autonomous vehicles get introduced into the domains of public transportation and goods deliveries long before self-driving private passenger vehicles become commonplace.

How Much Do You Trust a Self-Driving Car?

Ongoing technological advances and a concerted public education effort on the part of auto manufacturers are, it seems, succeeding in changing public percept...

A recent study indicates that the number of self-driving cars on the road will exceed 20 million by 2035. Surprised?