When you get behind the wheel of your old car, have you dreamed of being able to enjoy certain modern technologies? If so, you're not alone; to wit, certain automakers offer adaption kits that allow you to take advantage of Bluetooth technology, among other things.

But Apple CarPlay and Android Auto?

Yup - at Porsche, anyways. Now, models dating back as far as the 1960s can enjoy a radio that's retro in looks but offers a touchscreen with the well-known Apple CarPlay features, Bluetooth connectivity and a USB port. 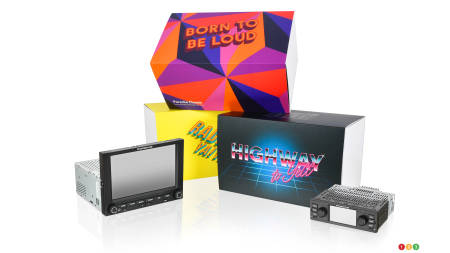 The first is an updated version of a unit introduced a few years ago, which offers a 3.5-inch touchscreen, two buttons and six keys. The new version adds USB connectivity as well as Apple CarPlay, which means that Siri can now be used on board. The device is equipped with a set of Porsche computer controls and is designed to match the interior styling of the brand's previous models. This main unit works on 911 models from the 1960s to the 993 generation, on front-engine Porsche models including the 928, 924, 944 and 968, as well as on the 914.

A second kit offered by PCCM replaces the units that were offered with the 911 of the 996 generation and in the 986 Boxster and Cayman series. The PCCM+ features a 7-inch touchscreen. The larger unit adds Android Auto to its list of new technologies. According to Porsche Classic, the PCCM+ is compatible with the car's original speakers, amplifier and antenna, as well as with the navigation display in the dashboard.