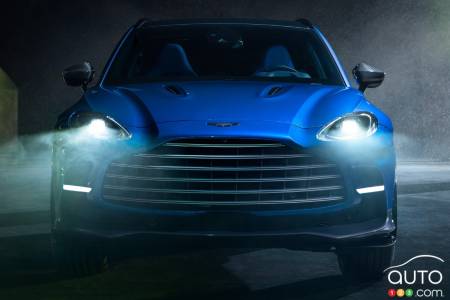 Aston Martin has lifted the veil on a new SUV, which takes the DBX and gives it a steroid treatment and aesthetic makeover. Amusingly, the new DBX707, as it’s called, makes not 707 hp but… 697.

Name games aside, the new DBX707 gets a significant power boost over the regular DBX, to the tune of 155 additional hp and 147 lb-ft more torque. Total output from the model’s 4.0L twin-turbo V8 is thus 697 hp and 663 lb-ft of torque. Behind the increase are several modifications to the vehicle’s mechanics, namely new ball-bearing turbochargers, tweaked engine calibration and a new 9-speed wet clutch transmission that we’ve previously seen in Mercedes-AMG models. The absence of a torque converter means increased overall torque compared to the DBX. 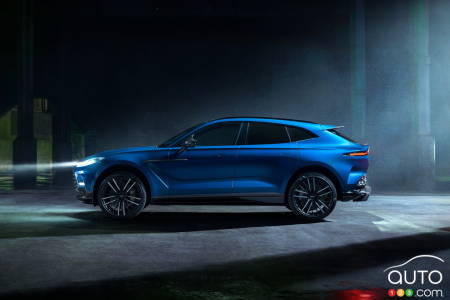 Other distinctive features of note with the DBX707 are front carbon-ceramic brake rotors with six-piston calipers, a cross brace between the front shock top mounts for added stiffness, revised programming for the 48-volt anti-roll system that responds to body roll with 50 percent more torque and a bunch more, all designed to maximize the SUV’s performance chops. In the words of its creator, the DBX707 will be “a sabre in a segment of sledgehammers”.

Aston Martin has also worked to make the DBX707 look distinctive to match its distinctive performance capabilities, and so the front fascia features a larger grille with double vanes, the DRL’s signature is new and the car features new intakes and cooling ducts. The profile of the vehicle shows dark satin chrome and gloss black side sills with more depth and sculpting. The rear gets a larger roof spoiler, redesigned, vented bumper and larger rear diffuser around a new satin-black quad exhaust system. Standard wheels are 22 inches in two designs; buyers can option in 23-inch wheels as well. 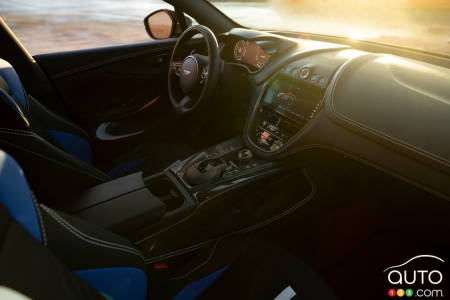 Inside, the instrument panel sits lower than in the DBX and features switchgear to access drive and suspension modes, ESP settings, Auto or Manual gear selection, and the active exhaust settings. The standard sport seats can be optioned at no cost for comfort seats, and in either case you get heated seats that are 16-way power adjustable.

Production of the DBX707 is set to go into production imminently, with the first models expected in the hands of new owners in Q2 of 2022. If you need to ask about the pricing, you probably can’t afford this SUV, but we’ll tell you anyways: U.S. pricing is set at $232,000 (by comparison, the regular DBX base version costs $203,500). There's good news for Canadian buyers, though, because our pricing is relatively more affordable, at $266,800 CAD for the DBX707.

By the way, if you’re wondering why Aston Martin stuck 707 on the name of a 697-hp SUV, the 707 refers to the model’s output in metric horsepower. 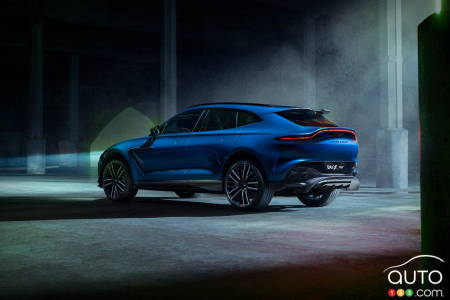 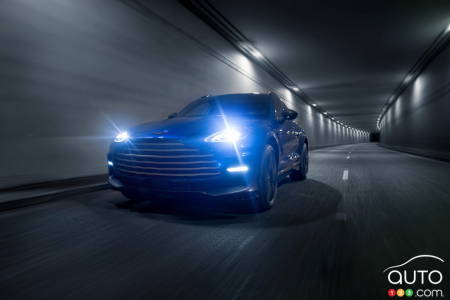 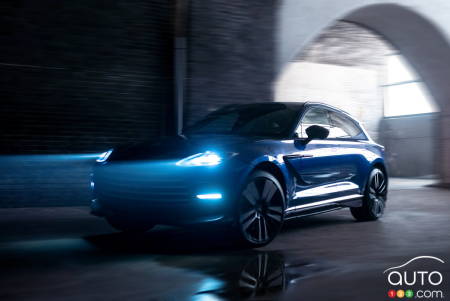 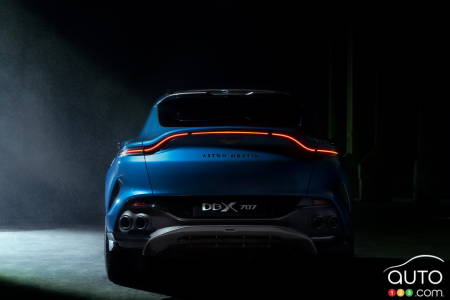 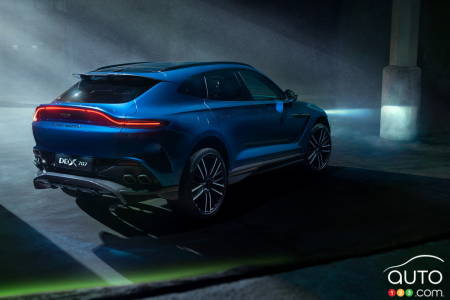 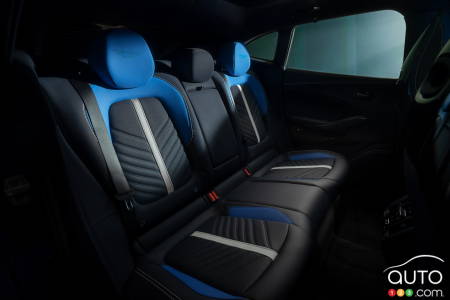