Alfa Romeo’s Stelvio Quadrofoglio has been named Performance SUV of the Year by the Automotive Video Association (AVA). In the Performance Car of the Year category, top honours went to the McLaren 720S.

The winners were chosen from among five finalists in each category after all were put through a series of tests and then rated by a special panel.

The Alfa Romeo Stelvio Quadrofoglio narrowly edged out runner-up the Maserati Levante GTS in the Performance SUV category. In the Performance Car category, meanwhile, the AVA said that the rear-wheel drive McLaren 720S and its mid-mounted 4.0L twin-turbo V8 (710 hp, 568 lb-ft of torque) took it to a commanding victory over the Dodge Challenger SRT Hellcat Redeye; the BMW M5 was also in contention in this category. 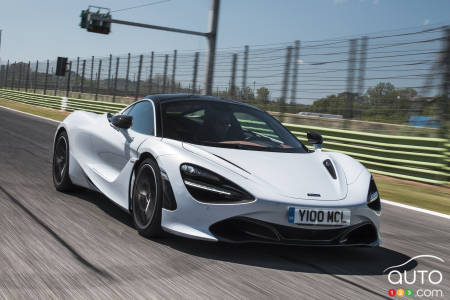 What is the AVA?
The American organization represents more than 500 million unique views per year and gathers the hottest vehicles of the year and the most popular automotive video journalists under one roof.
Formed by video media outlets that span the U.S., the collective represents the auto industry's national media organizations that focus on video exclusively.

It has just held its second annual awards event at the Resort at the Mountain in Welches, Oregon.

Here’s the full list of contenders in each category:

Alfa Romeo has announced the improvements made to its Giulia and Stelvio models for the year 2021, specifically the Quadrifoglio versions. There are a few ae...