For the first time, the average price of a new vehicle in Canada passed the $40,000 mark last December, according to an analysis by J.D. Power Canada.

Compared to the same month in 2019, the average transaction price this past December was up 13 percent, which is a significant jump. The median was then less than $36,000. This increase represents a “substantial margin”, Robert Karwel, Senior Manager of Automotive at J.D. Power, told Automotive News Canada.

Over the course the past year, the pandemic obviously played havoc with the market and vehicles prices yoyo-ed much more than usual, especially immediately after the first confinement period last spring, and then late in the year when sales rebounded strongly.

Robert Karwel said the coronavirus played a role in the average-price increase. The biggest single factor affecting pricing was the decrease in manufacturers' incentive spending, which last December fell to their lowest rate since 2012, averaging $4,500 per unit. This reduction was due in part to inventory constraints.

Low interest rates, in many cases 0 percent, and ever-longer financing terms mean that vehicles are being offered to consumers at more attractive prices (in terms of monthly payments), allowing manufacturers to reduce their incentives. 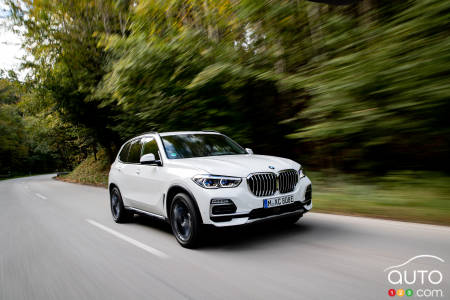 Another factor is the continued growth in the popularity of SUVs. There are more and more SUVs – and fewer and fewer cars - on the road every month, and the former tend to be more costly than the latter. The disappearance of more-affordable models like the Toyota Yaris and Honda Fit, to name but a few, can only have an added impact on average prices.

At the end of 2020, the proportion of SUV and light-duty truck sales was 84 percent, leaving only 16 percent of the market to cars. And then, buyers are increasingly inclined to opt for more heavily equipped trims, further pushing up average sale prices.

These top-end trims are pitched to consumers with the promise that there’s little notable difference in the monthly payments required for higher trims compared to base models. In fact, despite a big jump in the average selling price of a vehicle in December, the increase in monthly payments for this period compared to last year was only $10.

In a way that often only numbers can do, the data shows us how much the industry and the market have changed over the past few years.

To the surprise of no one, vehicle sales were down sharply in March due to the coronavirus pandemic. The bottom line for Q1 of 2020 for most manufacturers in...

Here are the 10 countries with the most vehicles sold in ...

Which countries sold the most vehicles in 2021? Auto123 looked at this list to observe market trends since the beginning of the pandemic. The results are fas...