Auto123 this week took part in the regional debut presentation of the Polestar 2, at which representatives of the brand announced that the first Polestar dealership in North America would be located in… Montreal, Quebec.

Montreal, QC - You may have heard Polestar's name circulating over the last year or two. But what is Polestar, exactly? In short, the fledgling automotive brand is Volvo's premium electric division owned jointly by Volvo Car Group and Zhejiang Geely Holding.

In 2017, Polestar launched the Polestar 1, a rechargeable hybrid GT car, with 600 hp and an all-electric range of 150 km. Yesterday in Montreal, Polestar presented the Polestar 2, the first 100% electric model from the company, and a car designed to compete with the Tesla Model 3.

In the coming years, the all-electric, high-performance Polestar 3 SUV will complete the initial model range of this new automotive brand. 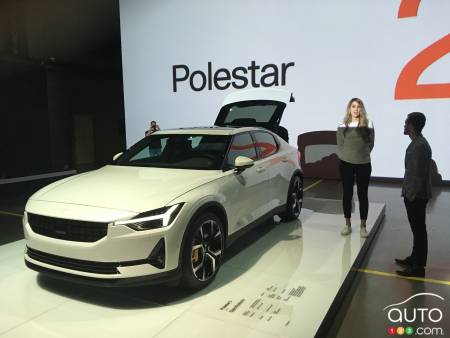 A first North American dealership… in Montreal
Polestar announced during the presentation its first partnership in North America with the Park Avenue Group of dealerships. A dedicated Polestar space will open in Montreal by next summer. It’s not a dealership, exactly, but more of a boutique that will be between 2,500 and 3,000 sq ft with a few vehicles on display.

The Park Avenue Group, which has more than 20 dealerships of all brands, will be an ambassador of choice for the brand, but only the first. "In time, two more stores in Canada will be added to the one in Montreal, one in Toronto and one in Vancouver," confirmed Polestar’s freshly minted national director, Hugues Bissonnette, who has spent the last 20 years at Volvo. "The three Polestar centres will open next summer when deliveries of the first models begin." 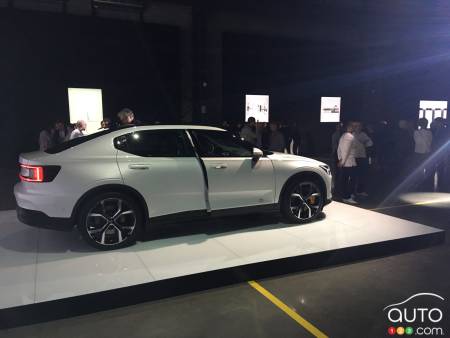 The Polestar 2 is the world’s first car to offer a 100% Google multimedia device. Once inside the vehicle, the Android infotainment system offers you all the applications you know and love, such as Google Assistant, Google Maps, Google Play Store and Spotify, accessible via the 11.15-inch touchscreen.

Performance and silence
Able to whisk you from a stop to 100 km/h in 4.7 seconds, the Polestar 2 is also very quiet. The car is based on the CMA platform used for the Volvo Group's compact models like the XC40. As it’s well-equipped from the outset, the only options are leather upholstery and a performance package that includes Öhlins shock absorbers, Brembo brakes and forged 20-inch light alloy wheels. 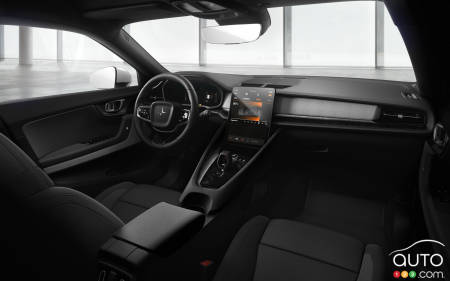 Conclusion
Polestar wants to become a premium brand for a company that already caters to a prestige clientele. That seems like a tall task, but Volvo is doing well since the Geely takeover and it’s reasonable to expect a bright future for the venture. However, the fight will be fiercely contested with all major manufacturers committing to the plug-in hybrid and electric segments. We await with impatience he opportunity to test drive the new Polestar models so we can share our impressions with you. 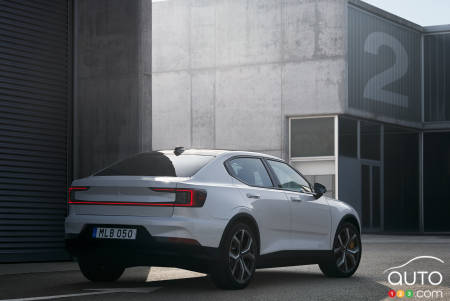 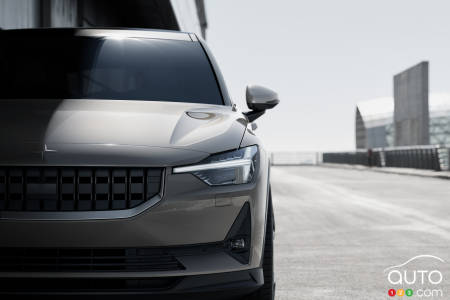 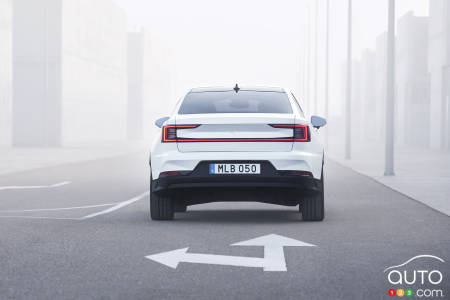