20 years after the 8 Series disappeared, the BMW catalogue will once again feature the line, and soon. BMW has released official images of the reborn coupe.

The images reveal much about the new product, of course, but also lifts the veil on the new design signature the Bavarian automaker is planning to gradually introduce across its product range. The defining elements of this new look include an elongated silhouette and pillars that are thinner than the norm today. The rear lights are much more stretched and slender than before, which represents a departure for the brand.

This is undoubtedly good news – respect for tradition is great and all, but it is possible to evolve within that!

Speaking of tradition, the new 8 Series, like its predecessor, features a stretched wheelbase as well as a wider-than-average tread. Top of the line

At the top of the range BMW is placing the M850i xDrive; it will be powered by a 4.4L twin-turbo V8, already a known quantity among BMW fans. In this very promising-looking sports tourer, that engine will generate 535 hp and 553 lb-ft of torque. Top-speed is being announced as 250 km/h.

Smooth distribution of all that power to the four wheels is assured by an 8-speed automatic transmission, which provides longer ratios. The distribution, unsurprisingly, will be rear-biased.

The M Performance package will come with an electronic rear differential. The new coupe from BMW will also benefit from an adaptive suspension with electronically controlled dampers, while active roll stabilization will help keep it on the straight and narrow, even when cornering.

The new 8 Series is expected at dealerships this coming fall. 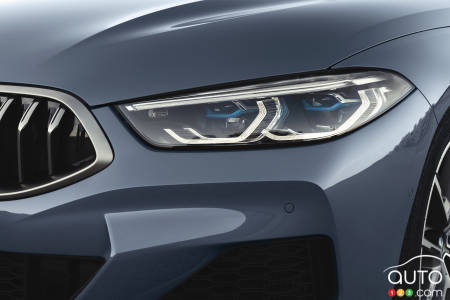 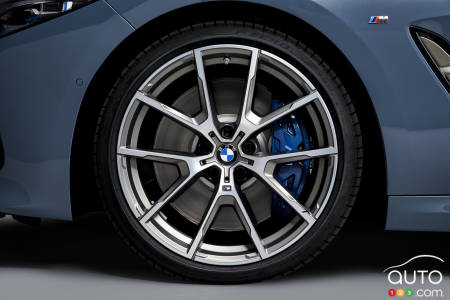 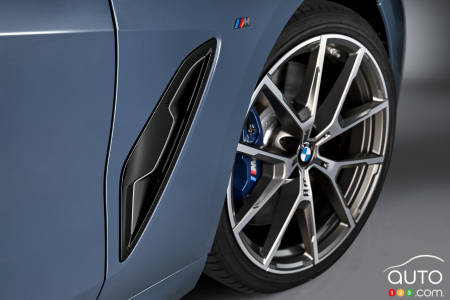 Images showing the Gran Coupe version of the upcoming new BMW 8 Series have been revealed online. The sketches are design registration by the Brazilian Natio...