After celebrating its 30th anniversary in 2016, the M3 from BMW gets its own sportier special edition offering upgraded performance capabilities.

The limited-edition new BMW M3 CS will be powered by a 3.0L 6-cylinder turbo engine delivering up to 460 hp, 10 more than the current M3 equipped with the Competition Package. It can accelerate from 0-100 km/h in 3.9 seconds, with an electronically capped top speed of 280 km/h. The engine runs in conjunction with a 7-speed M dual-clutch transmission with manual paddle shifters on the steering wheel.

The M3 CS’ sport exhaust system boasts four big tailpipes and has been specially modified to produce a distinctive, more muscular sound. The Adaptive M Suspension, offered standard and featuring several forged aluminum components, is very similar to the one on the Competition package-equipped M3; it has, however, been adapted for the M3 CS, as have the stability control system and Active M Differential. The wheels (19-inch in front, 20-inch in back) are fitted with semi-slick Michelin Pilot Sport Cup 2 tires, with an option to change to Michelin Sport road tires.

As for its design, the car strikes quite a pose with twin LED headlights and especially its aggressive front apron incorporating three enormous air intakes. As well, the rear spoiler is designed exclusively for the BMW M3 CS. Inside, the two-tone leather seats dominate the cabin, which is further accentuated by Alcantara elements. Included among the wide range of standard features are automatic climate control, a Harman Kardon surround sound system and a navigation system.

If this exclusive new sports model arouses your passionate interest, know that orders for the BMW M3 CS will be accepted from the beginning of January 2018. Production, which will be limited to approximately 1,200 units, is set to begin in March 2018.

BMW’s new special edition is a follow-up to the M4 CS coupe, unveiled this past spring. 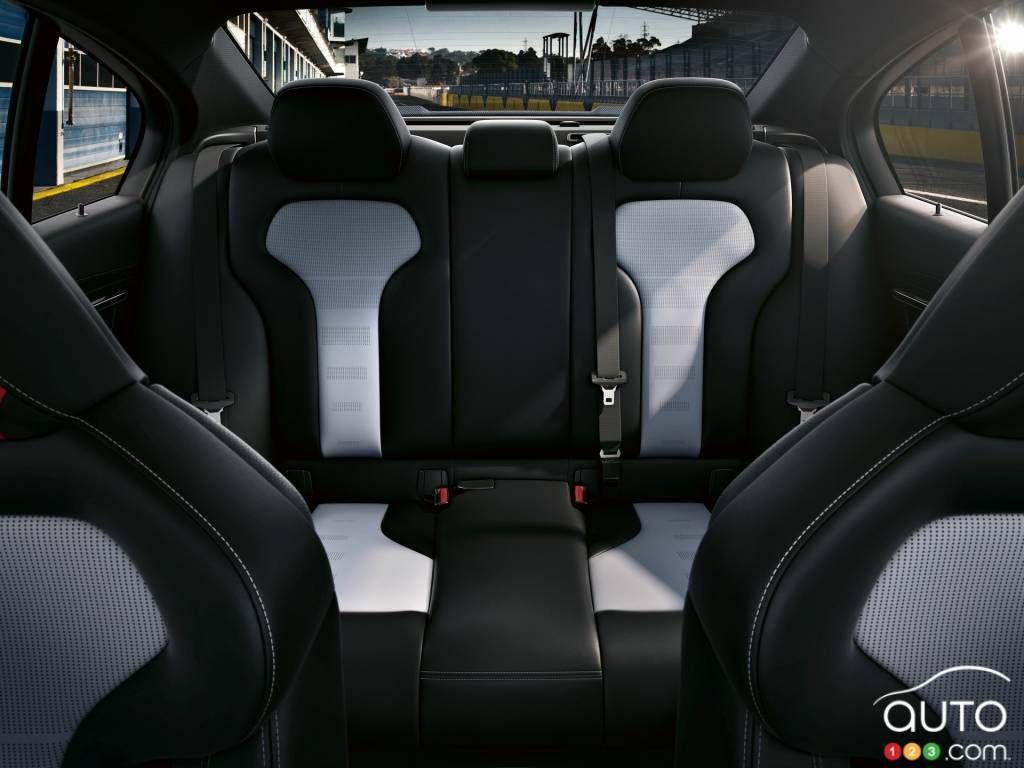 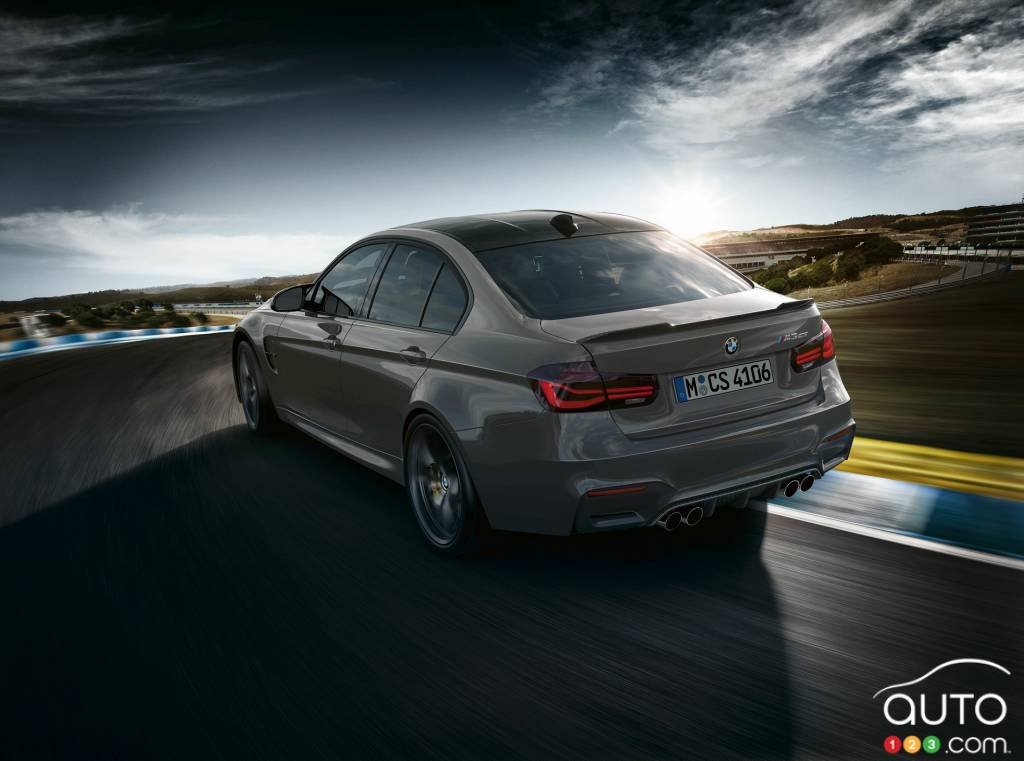 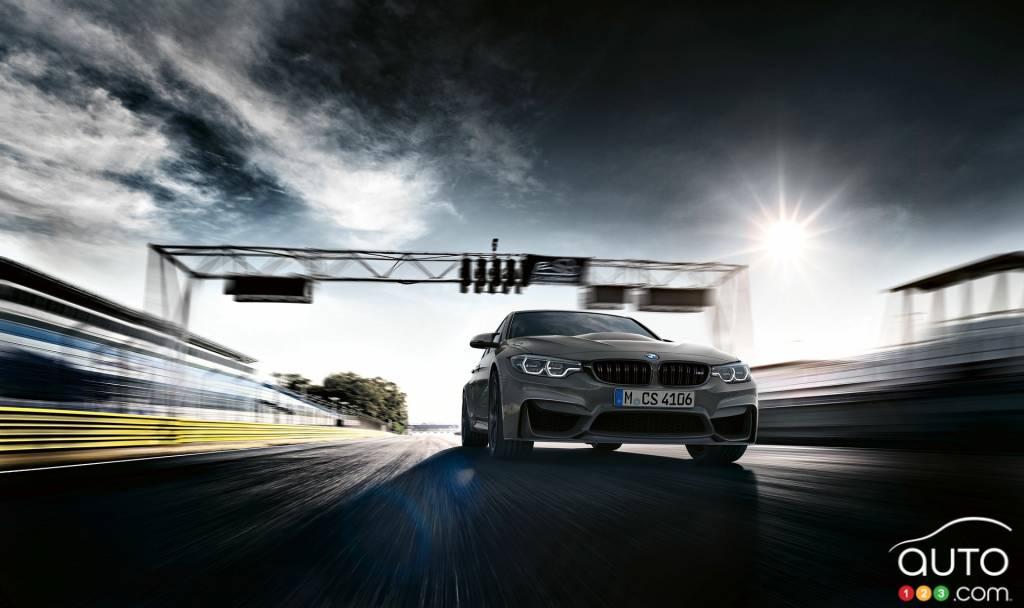 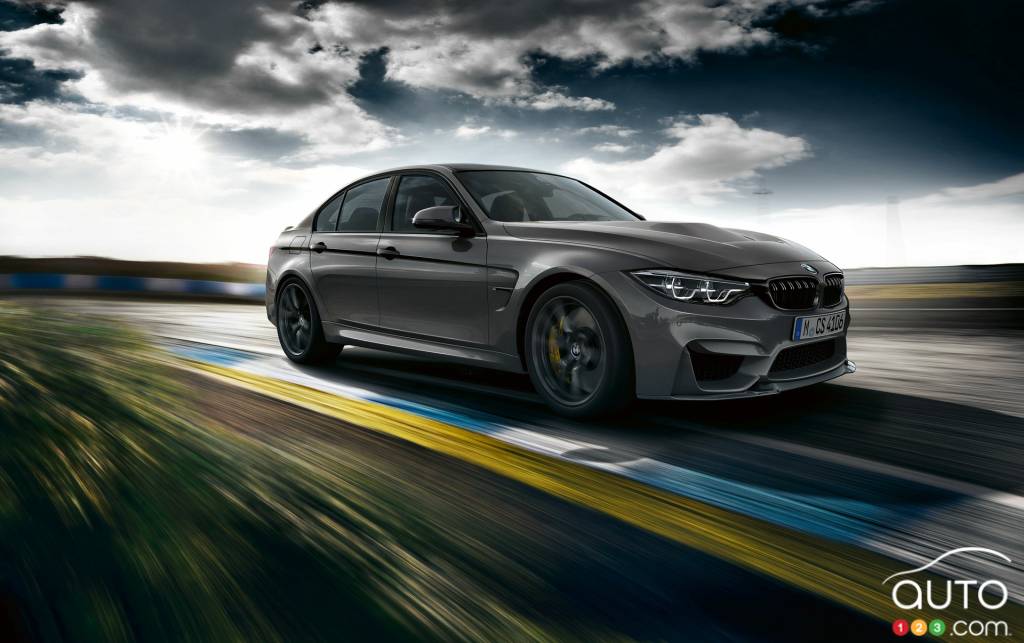