BMW's Spartanburg, South Carolina plant celebrated a milestone this month with the assembly of its five millionth model. The event comes 26 years after the first vehicle was manufactured there, and less than three years after the four million mark was attained.

The actual five millionth model is a red X5 M Competition with a 4.4L V8 engine producing 617 hp, which is fittingly muscular given the occasion. The vehicle will be kept at the factory and added to the growing collection of historically significant models, which includes the first car assembled at the factory, a white 318i of the E36 generation that was signed by the men and women who built it. 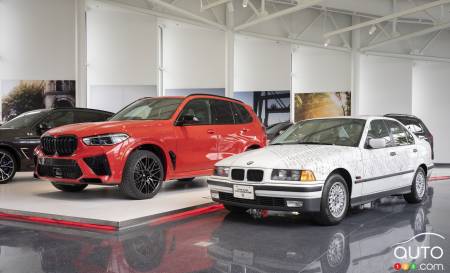 Photo: BMW
The 5 millionth BMW built at Spartanburg, next to the first

Spartanburg is a key part of BMW's production network. It is where the company builds highly profitable models such as the X3, X4, X5, X6 and X7. Some are also made elsewhere, including the X3 and X5, but the current-generation X6 and X7 SUVs are only built in South Carolina, whether they’re destined for the Californian, German or Russian market. More than half of the models BMW sells in the United States are built there. 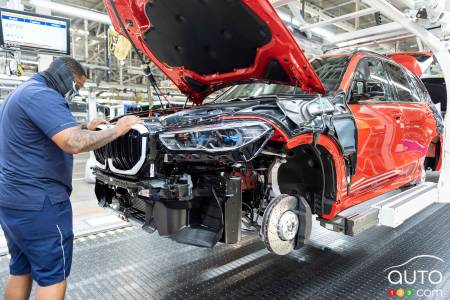 Even so, BMW exported nearly 70% of the vehicles produced at Spartanburg between 2010 and 2019. In 2019, 411,620 units left the plant, earning it the distinction of being the largest automotive exporter by value (approximately $9.6 billion USD) in America.

"BMW has long considered the United States to be our second home, and we are proud to say America is home to the biggest BMW plant in the world," said Bernhard Kuhnt, the president and CEO of the firm's American division. As for the future, maintaining the current rate of production would mean the six millionth vehicle should come off the Spartanburg assembly line before the summer of 2023.

2020 BMW X5 M Review: As Impressive as It Is Unnecessary

We can’t help but question the relevance of the 2020 BMW X5 M Competition, an over-engineered beast that sits above the already-powerful regular X5 in the Be...

The Masks Come Back on at Ford plants in Kentucky

Ford is once again requiring the wearing of masks, this time in its two plants in Kentucky. The company fears an increase in the number of cases, particularl...