Detroit, MI - American luxury brand Cadillac recently announced that it would launch a new vehicle every six months. After focusing initially on building its lineup of SUVs (XT4, XT5, XT6 and the ubiquitous Escalade), it is now turning it attention to redesigning its sedans.

Though recent surveys (and sales figures) have confirmed that sedans are not as popular as they used to be with consumers overall, they still appear to be attracting premium-car buyers. What’s more, as Jason Sledziewski, director of Marketing at Cadillac pointed out at the media presentation for the new CT5 in Detroit a few days before its big unveiling at the New York Auto Show, sedans are still part of Cadillac’s DNA. And there are still a sizable group of consumers who reject SUVs.

The revitalization of the roster of Cadillac sedans began in 2015 when the legendary American brand unveiled its new CT6 (Cadillac Touring 6) at the New York Auto Show. The rear-wheel drive car (also available with all-wheel drive and recently with the V-8 powered S version) was not necessarily meant to replace the front-wheel drive XTS but it was clear it could well do that since Sledziewsky announced at the time the repositionning of the Cadillac car lineup would be completed by 2020. So it was that the ATS, CTS and XTS (CT6) became the CT4, CT5 and CT6.

New design
As shown at its media introduction, the CT5 reveals a new design direction for the brand. Andrew Smith, director of Global Design at Cadillac, pointed out that the CT5 is inspired by the Escala concept car, easily recognizable by its fastback design, longer wheelbase with big wheels at each end of the car, lengthened side glass and long hood.

The car has long, low proportions but it still signals it’s a Cadillac via its vertical LED signal lights. No surprise, the grille is similar to that on the CT6 and XT6 and features a big Cadillac emblem in the middle. At its launch, the CT6 will be offered in three trims: Luxury, Premium Luxury and Sport. The latter two will also be available in Platinum editions.

The simple but well-executed dashboard directs all information to the driver with the big 10-inch, 1080p screen offering access to the infotainment systems including the enhanced GPS with Real-Time Traffic and Bluetooth pairing.

For comfort and convenience, Cadillac offers remote starter and keyless entry, while the front seats can be had with lumbar massage.

A HUD display will be available with other optional equipment including Auto Park Assist and more. Let’s not forget the second generation of the much talked-about rear-view mirror/camera and mostly, and of course the upcoming Super Cruise system that will allow the car to be self-driven.

All-new technology
Unseen but oh so important is all the new technology hidden in and under the new CT5. Worth noting right off the bat is that the CT5 sits on Cadillac’s Rear-Wheel Drive Architecture – although, the car will also be available with all-wheel drive on all models.

It’s apparent pretty quickly that virtually everything here is different from what you would find in an SUV. Asked why Cadillac has foregone front-wheel drive to return to a rear-wheel-drive system, Mike Bride replied that “Cadillacs were rear-wheel driven in the past, weren’t they?”

He did ask us to stay tuned for news concerning a V version, but declined to answer regarding the possibility of this new platform being designed to also incorporate electric power. 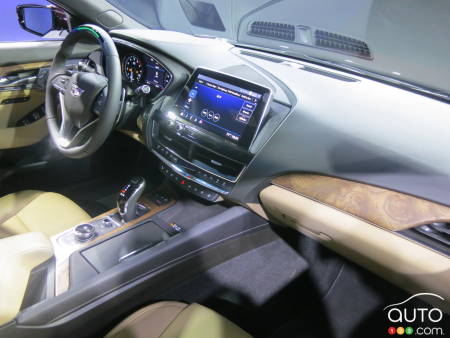 The mechanics
The new CT5 comes with a choice of two new engines. Well, not exactly new in the first case since the base engine will be a revised version of  the 2.0L Twin-Scroll Turbocharged inline-4 engine with Active Fuel Management that debuted in the CT6. Featuring direct injection, it will develop some 237 hp and 258 lb-ft of torque as estimated by General Motors.

The other engine definitely is brand-new. The 3.0L DOHC twin-turbo V6 with Active Fuel Management with low-end response will deliver 335 hp and 400 lb-ft of torque (again, as estimated by GM).

Both engines will be mated to a 10-speed automatic transmission. Drivers will be able to switch between different drive modes including Touring, Sport, Snow and Ice and My Mode (settings determined by the driver). Tires on the prototypes shown at the presentation were Michelin Sealers designed exclusively for the CT5.

The all-new Cadillac CT5 will be available for ordering this fall. It will be manufactured at GM’s Lansing Grand River facility, which has just benefited from a $211 million investment to build the next-generation Cadillac sedans. The CT5 is first destined to the North American and the Chinese markets. As expected, pricing and additional information will be announced closer to the start of production. 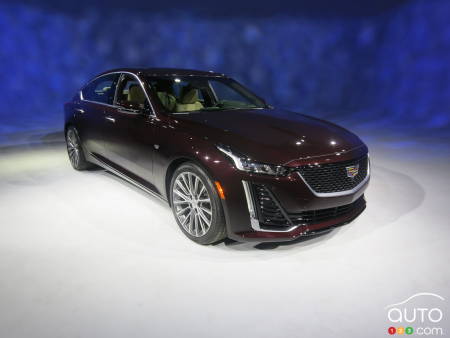 By the way, the launch of the CT5 represents one of the first events following the decision to return Cadillac’s head offices to Detroit, a move wholeheartedly supported by new brand director Steve Carlisle. Previous management tried to “internationalize” the brand by moving its offices to New York City, but Carlisle found it more appropriate to bring them back to Detroit, a city founded by Antoine de la Mothe sieur de Cadillac (originally from the French city of Cadillac in Gironde). Cadillac to Cadillac! 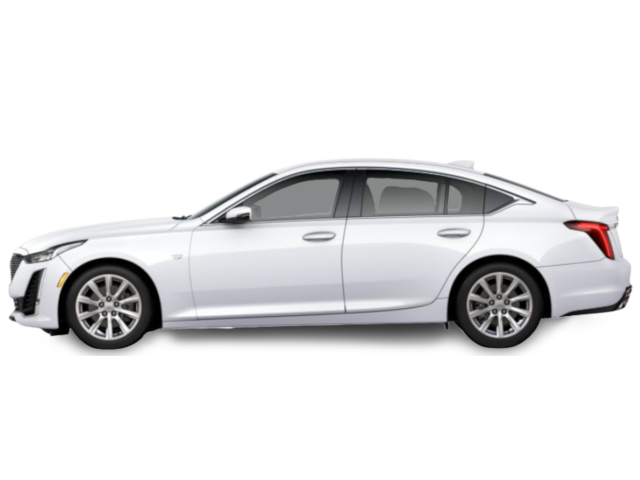 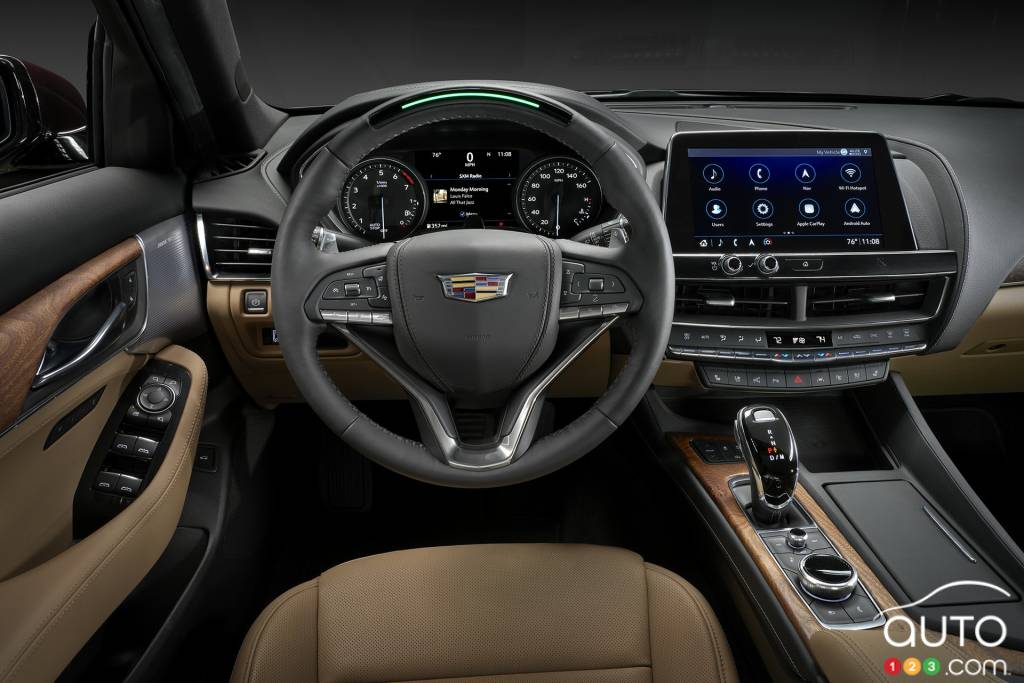 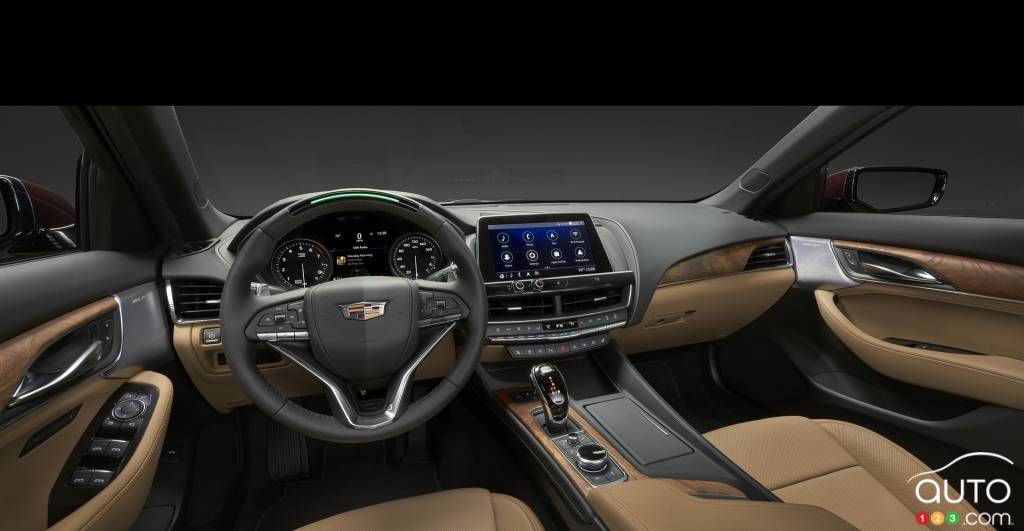 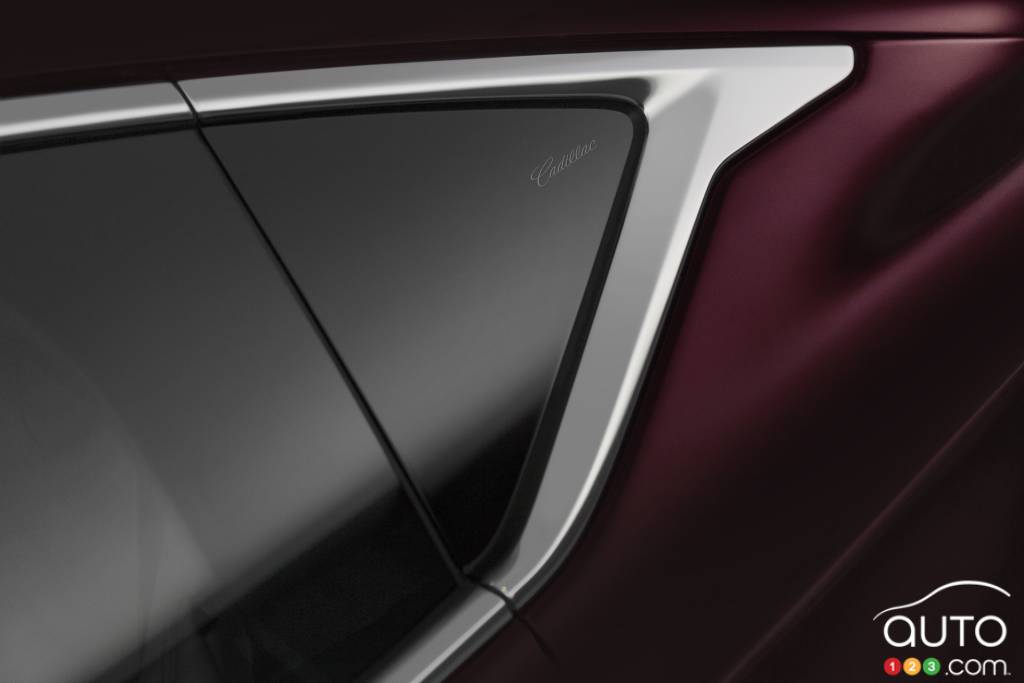 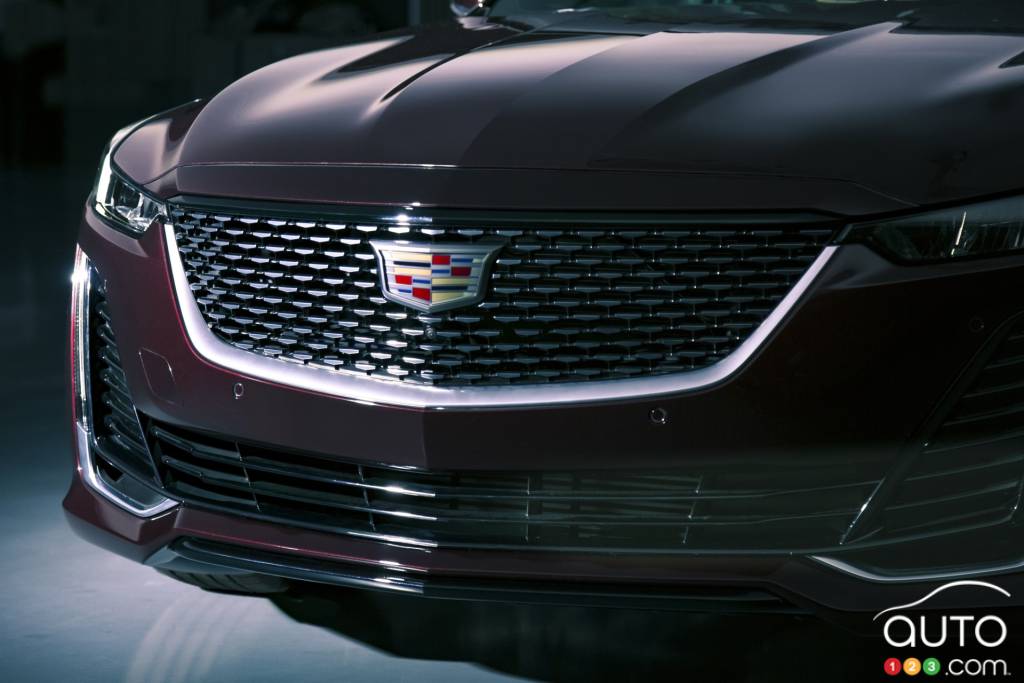 Cadillac Reveals New 2020 CT5 Ahead of Big Premiere at NY...

Cadillac has unveiled its new 2020 CT5. The sedan will makes it in-the-flesh debut in April at the 2019 New York auto show. The CT5 is replacing the CTS seda...