Cadillac will be presenting its new 2020 CT5 sedan in the flesh at the 2019 New York auto show coming up in April. But as is increasingly becoming the norm, the company revealed its newest creation online beforehand, just to pique people’s interest that much more.

The CT5 will replace the CTS sedan in the carmaker’s lineup, and esthetically it bears obvious similarities to other products from the brand, particularly the XT4 SUV and the XT6 sedan.

For its profile the model’s designers opted for a currently very fashionable silhouette, known commonly as the Fastback design – as if to evoke the idea of an SUV in the eyes of people looking at this sedan. In back, the vertical design of the position lights stay trus to an old tradition at Cadillac, and frankly it’s pretty successful and distinctive. 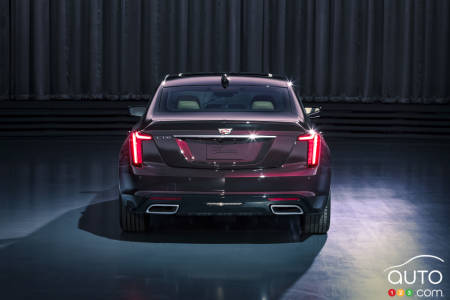 The product offering will consist of the two variants, with self-explanatory names: Luxury and Sport. Elegance is the watchword in the latter, aggressive and dynamic performance in the latter.

Inside, the one image published tells us little about what to expect, beyond the fact that motorists will continue to benefit from traditional knobs and buttons on the central console. Other than that, we can expect that the latest version of Cadillac’s multimedia system will be included. The company did have this to say about the interior:

"…the driver-centric cockpit inside the CT5 blends high tech and high touch for an exceptional blend of control tactility." 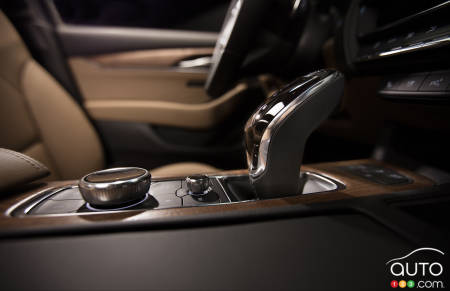 The car itself sits on an evolved version of the Alpha platform that underpins the ATS, the now-defunct CTS and the Chevrolet Camaro. The only other technical info we are given for the moment has to do with the powertrain options. Buyers can pick between a 2.0L 4-cylinder turbo or a 3.0L twin-turbo V6. We know as well that the car will run on a rear-wheel-drive-system by default, with AWD as an available option. The transmission of choice is a 10-speed automatic unit.

Further details will be forthcoming of course when the model debuts in person at the New York auto show on April 19. 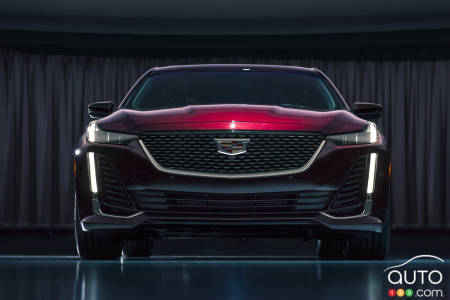 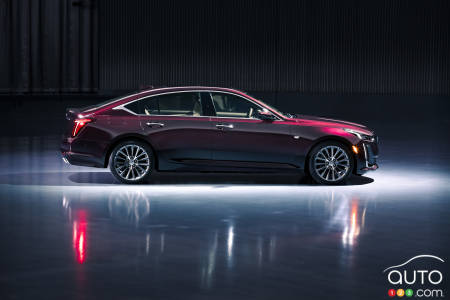 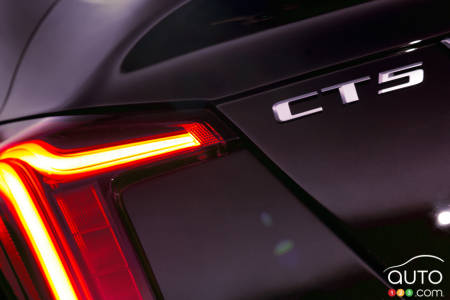 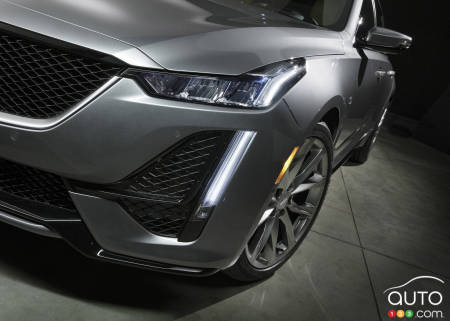 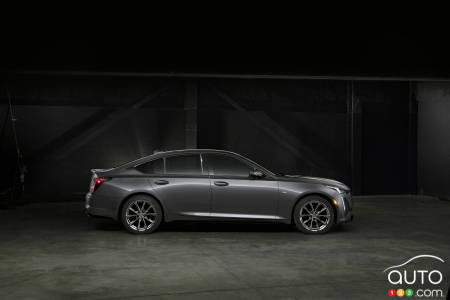