The all-new 2017 Cadillac CT6 Plug-In Hybrid luxury sedan will go on sale in North America next spring, the company announced. It will start at $75,095 in the U.S., although Canadian pricing has yet to be revealed.

We won’t bother you with equipment details since there will likely be a number of differences between the two markets.

What you must know, however, is that the 2017 Cadillac CT6 Plug-In Hybrid’s all-new, rear-wheel drive electric variable transmission (EVT) system combines a pair of electric motor with a 2.0L turbocharged 4-cylinder gasoline engine to produce an estimated total of 335 horsepower and 432 lb-ft of torque. This helps propel the vehicle from a 0-60 mph (97 km/h) in about 5.2 seconds, on par with V6-powered competitors.

On battery power alone, the CT6 Plug-In Hybrid can travel close to 50 kilometres and reach a top speed of 125 km/h. Total system range hovers around 650 kilometres.

“The CT6 is a technological showcase throughout, and by far the lightest car in its class, making it an ideal platform for electrification,” said Cadillac President Johan de Nysschen. “In the CT6, Cadillac presents a new formula for prestige luxury. The advanced Plug-In Hybrid system is a key addition, providing a combination of exceptional fuel economy, crisp acceleration, and strong electric-driving range.”

As we wait for the hybrid model, make sure you read our 2016 Cadillac CT6 Review. 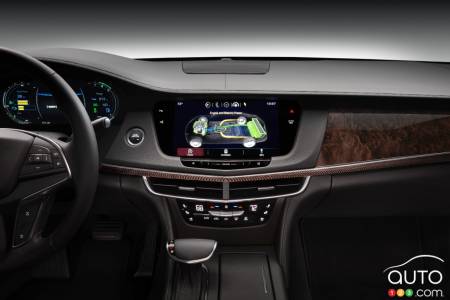 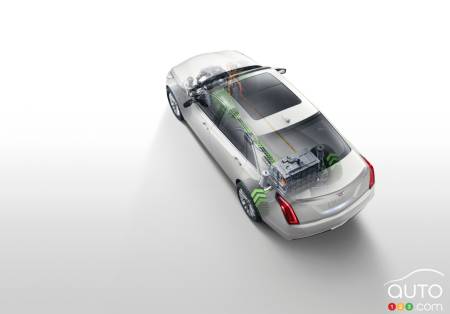 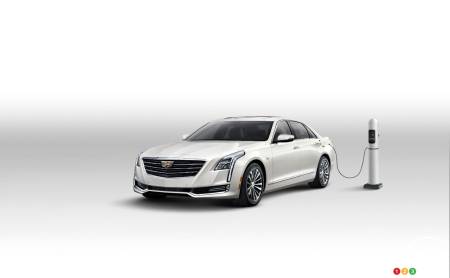 Demonstration of the Self-Driving Cadillac

Set to arrive on the Canadian market this fall, the 2018 Cadillac CT6 will feature, as an option, what GM promises to be the industry’s first truly hands-fre...