There’s a common assumption that once consumers go for an electric car, they’re there for good. And in fact, that’s mostly true, and we can attest from having regular contact with EVs that it’s pretty easy to be won over by the advantages they offer.

However, the reality is not necessarily the same for everyone, and it can vary depending on where you are in North America. The situation is certainly not the same in Quebec as it is in Alberta, for example, just as it is certainly different for a resident of California than for someone in Montana.

Which means of course that when you see a study that looks at consumer trends in relation to EVs, it’s best taken with a grain of salt. Still, it is interesting to look at the results to see what can be improved to move the transition to electric mobility forward.

A recent study in California found that nearly 20 percent of electric vehicle owners are returning to traditional combustion-engine vehicles. So why is this figure so high? Actually, the data shows it has nothing to do with whether or not these motorists like electric cars. Rather, the research clearly indicates that it is due solely to… poor charging infrastructure.

And the fact that California is one of the most electric vehicle-friendly jurisdictions in the U.S. says a lot about the main obstacle facing other states (and provinces) as they try to move consumers away from combustion-engine vehicles.

The study conducted by Scott Hardman and Gil Tal for the University of California's Institute of Transportation Studies shows that 20 percent of plug-in hybrid vehicle owners and 18 percent of all-electric model owners are switching back. A secondary reason given is the lack of Level 2 charging stations at home.

If we take the cases of Quebec and British Columbia, this is less of an issue, because it’s easy to plug in at home. But even here, there’s still work to be done to accommodate those living in apartment buildings and those in large urban centres who may not have easy access to fast charging stations. 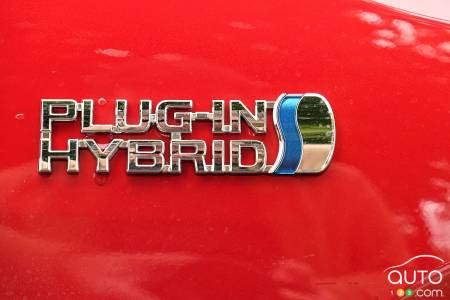 Should we be concerned about the results of this study? Not really, but it will be important for authorities to see how improvements can be made to better serve the needs of new electric vehicle buyers.

For example, last year we learned that New York State was going to invest heavily in a major network of charging stations. This kind of measure will certainly reduce the percentage of people who return to gasoline after having tried electric vehicles.

By 2035, we can also expect to see massive infrastructure improvements, as some jurisdictions will no longer permit the sale of new vehicles with combustion engines. Expect more and more jurisdictions to enact similar legislation in the coming years.

We’re going out on a limb and betting that the percentage of EV buyers returning to combustion-engine vehicles will drop well below 20 percent across North America once the charging networks ramp up.

The Kia Niro EV and Tesla Model 3 led their respective categories in an owner-satisfaction survey carried out by J.D. Power. The study focused exclusively on...

Michigan State Police have implemented a pilot project to evaluate the possibility of using Ford Mustang Mach-Es as police vehicles. An adapted version of th...