27-year-old Oregonian Randy Cooper found himself being pursued by police recently, for the good reason that the Toyota Land Cruiser he was driving was a stolen vehicle. The pursuit ended badly for him as he crashed into a Buick Regal. Oh, did we mention that car was also stolen? The Regal had been reported stolen three weeks prior.

There’s never a shortage of incredible stories in the automotive world, but this story of a ‘What Are the Odds?’ event that took place on July 5 in Oregon should go down in the books as one of the best of them.

It also helped make life just a little easier for local police. The crash resulted in the arrest of the two drivers, once police discovered that it was dealing with not one but two thieves.

As we said, what are the odds?

The accident was the culmination of a pursuit by police in Newburg-Dundee of the stolen Land Cruiser driven by Cooper; the unfortunate driver at the wheel of the Regal was Kristin Begue, age 25. Police determined she was intoxicated. Cooper, meanwhile, was charged with several offenses related to the theft and the pursuit.

For police, the stars aligned… 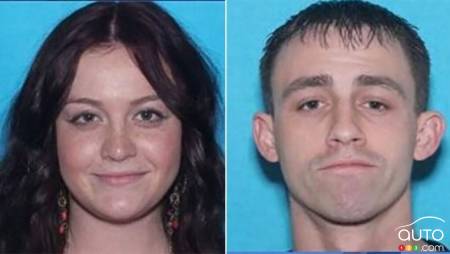 In its statement regarding the incident, Newburg-Dundee police indirectly confirmed that it had in fact never seen such a thing. The statement began, “Here is something new to start your week”.

This is our hands-down winner for Weird Story of the Week. Enjoy the weekend!

The Toyota Land Cruiser withdrawn from the U.S. market af...

The 2021 model-year will be the last year for the Toyota Land Cruiser on the U.S. market. Though it was no longer available in Canada, it remained an iconic ...

Truck drivers might be in short supply these days, but fortunately there are still folks like Dave Sheets, a very active trucker still going strong at 88 yea...