Daimler, head company of Mercedes-Benz, has just announced a major restructuring that reveals much about the upheavals lying ahead for the automotive industry.

The company is to create three separate corporate entities: Mercedes-Benz AG, Daimler Truck AG and Daimler Mobility AG. All will sit under the aegis of the Daimler AG group.

Of particular note here is that, right alongside the first two of these, which will be devoted to cars and trucks, respectively, sits a third division that will deal largely with autonomous vehicles and related technologies.

Try to imagine such a thing even 20 years ago.

“The new structure positions Daimler to tackle the rapid pace of change in the mobility sector and the corresponding strategic challenges. Legally independent divisions will sharpen our focus on the future success of the business.”

- Manfred Bischoff, Chairman of the Supervisory Board of Daimler AG

The company is restructuring into three bodies to allow each of these to pursue growth in their domain without impediment. Daimler explained that the move is necessary and comes a time when automakers are getting into position to launch a whole generation of new self-driving vehicles.

“With the new structure we want to increase the impact and to secure employment in a long-term. It would be the right move into the automobile future and a clear forward strategy,”

Corporate restructuring is not the kind of thing that automatically makes the headlines, but in this case it reflects the wholesale changes and ground-shaking upheavals – perhaps the most momentous in over a century - that are about to befall the automotive industry, and sooner rather than later.

Like happened 100 years ago, companies that are not well-positioned for the transformations to come will have difficulty surviving.

The 130-year-old Daimler company is determined to ensure it is not one of those. 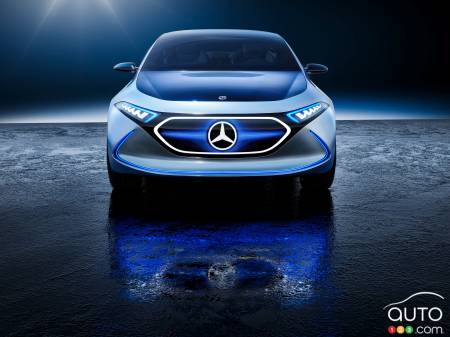 We discover the Mercedes-Benz VISION AVTR, a futuristic yet holistic vehicle as imagined by the German luxury automaker and revealed today at the Consumer El...