There are renewed calls in the United States for Nissan to consider bringing back its Xterra SUV model in new form, and this time those calls are coming from the automaker’s own dealers. Seeing the boom that the segment of SUVs truly designed for off-road driving is currently experiencing (exhibit one: the Ford Bronco), some dealers are evidently of the opinion that Nissan is missing a potentially lucrative boat.

We’d going to assume that many dealers in Canada are of the same opinion.

Production of the Xterra SUV came to an end in 2015. In 2017, Nissan's North American vice-president gave enthusiasts and dealers some hope when he suggested that the Xterra could potentially return. That of course hasn't happened... yet.

The pleading from dealers comes at a time when other automakers have re-launched similar models. There’s that reborn Bronco from Ford, but also Land Rover, making a splash with the return of its Defender. Then there the ones that never left: the Jeep Wrangler is still very popular and Toyota continues to sell a lot of its 4Runner, aged as it is. Even the latter company’s RAV4 has a version designed for off-road driving, and more recently, Kia added an X-Line version to its new Sorento range.

Clearly, there's a trend. And money to be made.

By the end of its career in 2015, the Xterra was no longer very popular, but it hadn't aged well. That year Nissan sold only 10,672 units of the SUV, a pittance compared to the 202,702 units Jeep moved of the Wrangler. In the case of the new Bronco, Ford has said that as of October 2020, it had already received 190,000 reservations. According to J.D. Power, SUVs and pickup trucks accounted for 79 percent of total new vehicle sales in 2020.

Will Nissan respond to what its dealers are saying they need? Stay tuned. 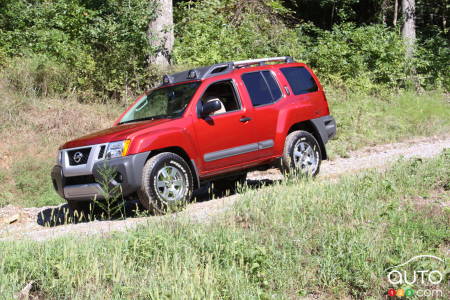 Nissan has introduced the next-generation 2022 Qashqai for Europe. The model will make its debut there this summer, with its launch here likely coming either...