Last Friday, U.S. President Donald Trump ordered General Motors (GM) to manufacture respirators for coronavirus patients under the Defense Protection Act (DPA). This law gives the president enormous powers over the industry, such as dictating how big companies should contribute in order to meet critical needs.

During the week the president had declined to issue the directive, arguing that companies, including GM, had come forward to manufacture the necessary equipment required by stakeholders. In fact, GM has already started manufacturing respirators in some of its plants, in partnership with Ventec Life Systems Inc.

However, the president's patience with GM seemed to run out on Friday. He swiped at the company and its CEO, Mary Barra, with a series of tweets accusing the company of moving too slowly and charging too high a price for its ventilators.

It’s not entirely clear what led to the jibes, which took GM and everyone else by surprise.

"Our negotiations with GM regarding its ability to supply fans have been productive, but our fight against the virus is too urgent to play the game of contract negotiations," said the President. "GM has been wasting time.

Hours before his tweets, Donald Trump said in an interview on Fox News that companies - including GM - were responding appropriately to the coronavirus outbreak.

Can anyone be all that surprised by the sudden turn? 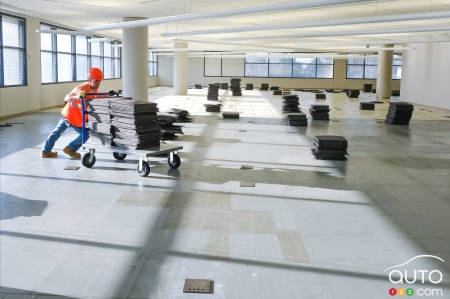 Just over an hour after Donald Trump's first exhortation to large American businesses, GM and Ventec had announced they would build respirators at the auto parts plant in Kokomo, Indiana. The automaker has been working around the clock for well over a week to convert the facility

Joe Biden, Trump's likely opponent in the November election, had earlier asked Trump to invoke the DPA. "This is very good news," Biden said Friday after Trump's statement. "We've been suggesting that he do so for over a month, but I applaud the fact that he has done so”.

By Sunday, President Trump had once again changed his tone in regards to GM’s approach, saying that “General Motors is doing a fantastic job. I don't think we have to worry about them anymore.”

Many U.S. governors have complained that they can't get enough respirators, masks and even basic medical supplies like gloves and gowns. This is particularly the case for the governor of New York State, Andrew Cuomo, one of the most outspoken critics of the Trump administration's handling of the crisis from the outset.

In the end, beyond political partisanship, what matters is the production of these respirators, which are in very high demand, including in New York State, where a major peak in cases is expected within two to three weeks.

The U.S. administration has rejected a request by General Motors to get an exemption from tariffs on the Buick Envision, exposing the China-built SUV to a 25...

Bloomberg reported this week that the Barack Obama administration has bought almost a fourth of all GM and Ford hybrid vehicles sold since he took office, th...