•    GM anticipates profitability as off 2025 for its electric models.

•    U.S. federal subsidies are key to getting to that point, the company believes.

•    Mary Barra continues her campaign to convince investors that GM can be a growing company after some difficult years.

At the turn of this decade, General Motors CEO Mary Barra was saying that electric vehicles would become profitable for the automaker starting in 2023.

That now looks as if it won’t happen, at least not in that timeline. To be fair, that prediction came before the pandemic hit.

The executive returned to the prediction game last week. Barra stated on Friday that the electric vehicles proposed by the General Motors Group (GM) will be profitable starting in 2025. That's partly because recently enacted U.S. federal subsidies are closing the profitability gap between electric vehicles and GM's ICE (internal combustion engine( model fleet. 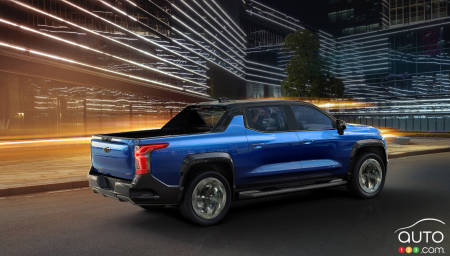 Barra did not, however, specify what GM's electric vehicle profit margins as she spoke to investors in New York. Obviously, this will vary from model to model. A Chevrolet Equinox EV is going to make less for the company than the Silverado EV pickup. But Barra said federal subsidies will lead to “margins similar to those of vehicles with internal combustion engines.”

The executive is working hard to convince investors that GM can be a growth company, reversing years of decline in market share in the process. So far, Wall Street hasn't bought in. GM's shares trade at 6.5 times earnings, only slightly higher than the company's avowed enemy, Ford. The brand that dominates the electric car market, Tesla, is trading at nearly 60 times earnings, even though its stock price has fallen 47 percent so far this year.

To get to its goals, GM is ramping up electric vehicle production in China, the world's largest market. By 2025, Barra says her company could produce as many as two million electric vehicles worldwide.

GM's investments in battery raw materials and domestic cell production should allow more of the automaker's electric vehicles to qualify for federal subsidies.

GM is behind Tesla, Ford and Hyundai in U.S. electric vehicle sales this year. The company plans to ramp up production in North America and China from 2023 to 2025. From 2022 to the first half of 2024, GM says it will build 400,000 electric models for North America, less than originally anticipated. 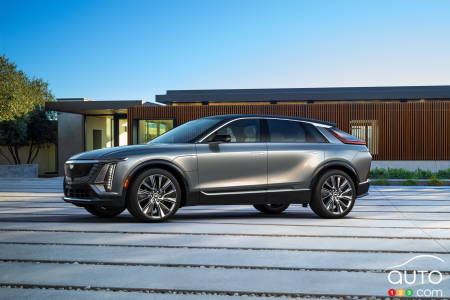 GM last night unveiled a new model that’s central to its EV plans in the coming years, the all-electric Chevrolet Blazer EV 2024. To say the least, it repres...