The FCA (Fiat Chrysler Automobiles) Group has announced it is recalling close to 700,000 SUV models worldwide, including nearly 35,000 in Canada. The recall is to address a potential electrical problem that could prevent engines from starting or cause them to stall suddenly.

The models identified in the recall are 2011-2013 Dodge Durango and Jeep Grand Cherokee vehicles. As part of the recall, technicians will look for silicon deposits on the fuel pump’s contact points. These could lead to the electrical current being cut, which could result in stalling or inability to start the engine.

FCA says it is not aware of any accidents or injuries resulting from the problem. It also announced it will be contacting owners regarding the recall once it is possible to schedule service visits at dealerships to fix the issue.

The automaker previously issued a recall of 2014 and 2015 Durango and Grand Cherokee models to address a problem with the fuel pump relays. 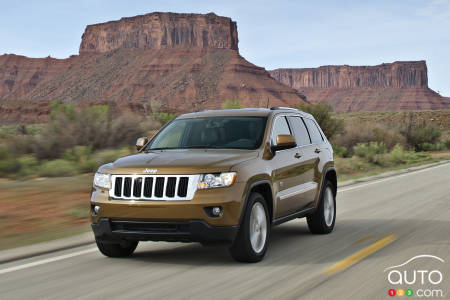 A possible electrical short circuit that can lead to a fire is forcing Chrysler to recall more than 26,000 Dodge Durango and Jeep Grand Cherokee SUVs in Canada.

Over 55,000 FCA vehicles recalled in Canada

There may be a problem with the gear shift position indicators and warnings on some 55,000 Chrysler 300, Dodge Challenger, and Jeep Grand Cherokee vehicles.