Vernon, British Columbia -- As much of the mid-size sedan segment follows the compact sedan and hatch segments and starts to convert almost completely to small, turbocharged engines, the time was right for Mazda to jump on that train with the refreshed 2018 Mazda6. It just so happens that they already had the perfect candidate: the 2.5L turbocharged four-banger good for 227 hp and 310 lb-ft of torque from the CX-9 SUV; if you pop some premium in there, that count goes up to 250 hp. It does well in a large, three-row SUV; imagine how it will perform in a mid-size sedan.

The power of two
The turbo is not the whole story, though; it comes as a $2,000 option on the GS-L trim (one of four available: GS -- $27,000, GS-L -- $31,600, GT -- $35,800 and an all-new Signature trim -- $38,800) and standard on the top two trims, while the bottom two trims get an updated engine as well: like last year, it’s still a naturally-aspirated 2.5L, but it now gets cylinder deactivation.
What that means is that while you’re cruising between 20 and 105 km/h, you can be doing so on just two cylinders, depending on the amount of strain you’re putting on the engine. If you need to pass, for example, the other two will be activated to provide the necessary torque; if any more than 59 lb-ft is needed to keep the pace, then all four cylinders become active. It’s the only mid-size sedan available with this tech, and I should think that will be a huge selling point.

Mazda says they put a lot of emphasis on disguising the switch from two to four cylinders; they maintain that even with the hood open, you can’t tell when the switch occurs. Skeptical as I was, I have to admit that they’re right on the button: the switch is pretty much unidentifiable, and since it can switch back to four cylinders so quickly, you never really know you’re in two-cylinder mode. Not until you see that your highway fuel economy has dipped to just 5.8L/100km, as we saw during our test, anyway; we saw just over 8 litres per in the turbo model. Power for the 2.5L, meanwhile, is rated at 187 hp and 186 lb-ft, both up slightly on last year’s model. You will start to feel that gulf a little as you start to attack steeper grades and the like, which is where the turbo comes in.

Put simply, this is one smooth, almost effortlessly powerful engine that quickly made me forget that once upon a time, the Mazda6 had a V6 under the hood.

Part of the reason it’s so smooth and responsive is the addition of a valve within the manifold that allows air to move more quickly through to the turbocharger, helping reduce turbo lag and getting you down the road that much more quickly.

Power is transmitted to the front wheels via the same 6-speed automatic as last year, and while it’s a fine, smooth-shifting device that gets paddle shifters at the GS-L level, most of the competition has switched to either CVT autos or 8- and 9-speed options. While I’ll never say a CVT is the way to go if you’re looking for more driver involvement – something that Mazda has always held very dear to its heart – a new close-ratio ‘box would take a car that already drives quite well and really push it over the top.

Signature series
Like the turbo motor, we’ve seen the “Signature” trim on a Mazda before and like that turbo motor, it was the CX-9 that got it.

Its arrival on the Mada6 reflects Mazda’s efforts to elevate their mid-size to a more luxury level, to the point where they say the top trim is more likely to be cross-shopped with Audis, INFINITIs and Acuras than with VWs, Nissans and Hondas. Indeed, when you don’t have a luxury arm, it would be nice if the top trim of your various offerings can compete at a luxury level.

Helping the Signature walk the walk is an upgraded interior with Nappa leather seating in Deep Chestnut brown and Pure White (go for the brown; it’s lovely), real wood trim and an all-new Ultrasuede synthetic material that looks like natural suede but is more durable and less susceptible to sun damage. While it doesn’t feel quite as grainy as natural stuff, it’s undeniably upscale-looking and does well to elevate the interior as a whole. Other Signature-specific adds include a gauge cluster with digital centre gauge (it’s analogue everywhere else), 360˚ parking camera and a few extra bits of chrome here and there, plus heated and ventilated front seats and heated rears. The GT gets these, too, while heated front seats are standard across the board, and a heated steering wheel arrives at the GS-L level. A larger 8-inch infotainment display that will soon be available with Apple CarPlay and Android Auto compatibility, meanwhile, is standard on all trims.
On the exterior, the Signature trim gets a gunmetal grille finish and piano black accent on the rear bumpers. The very nice 19-inch wheels you see on the silver car, meanwhile, are standard on GS-L trim; 17-inchers are standard, as are LED headlights. The GT, meanwhile, shares adaptive signature headlights with the top trim.

All Mazda6 models, meanwhile, get new front and rear bumpers, a flatter chrome strip above the taillamps and maintain the great pontoons over the front wheels as well, with a low roofline and a squat stance. It doesn’t get the ear hatchback-like profile of the latest Honda Accord, but it is the more handsome of the two.

It’s the drive that matters
That turbo four really is a gem. I was a fan when I tested it in the CX-9, and it has made the transition to the mid-size sedan segment in fine form. It makes more torque than do the 2.0L Accord and Sonata models, as well as the Camry XSE, hitherto the most powerful entry in the segment. Thanks to new suspension tuning it can handle itself (and keep the occupants comfortable with reduced body roll) through the bends, too.

The question, of course, is will the Signature trim elevate the 6 to the luxury levels Mazda purports; does it have the intangibles it takes to recall the great Mazda flagship sedans like the 929 and Millenia? It’s the first time since those greats that the brand has ventured into this territory, a hiatus of over 15 years. If nothing else, the timing’s good as we’re fresh off 2017, where the 6 saw a 23% jump in sales over 2016. They’ve got the momentum; let’s see if they can keep it. 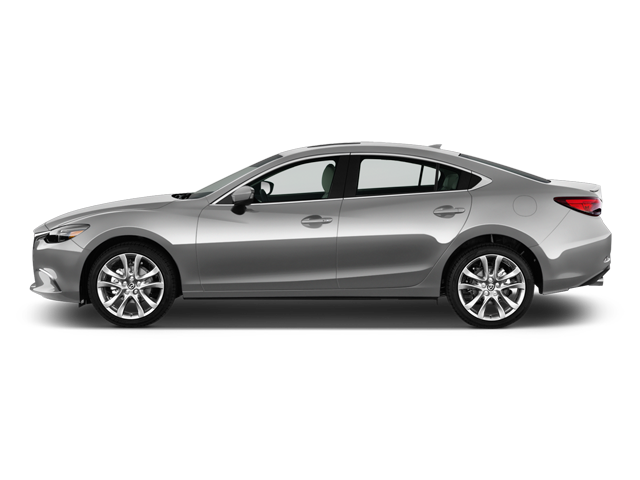 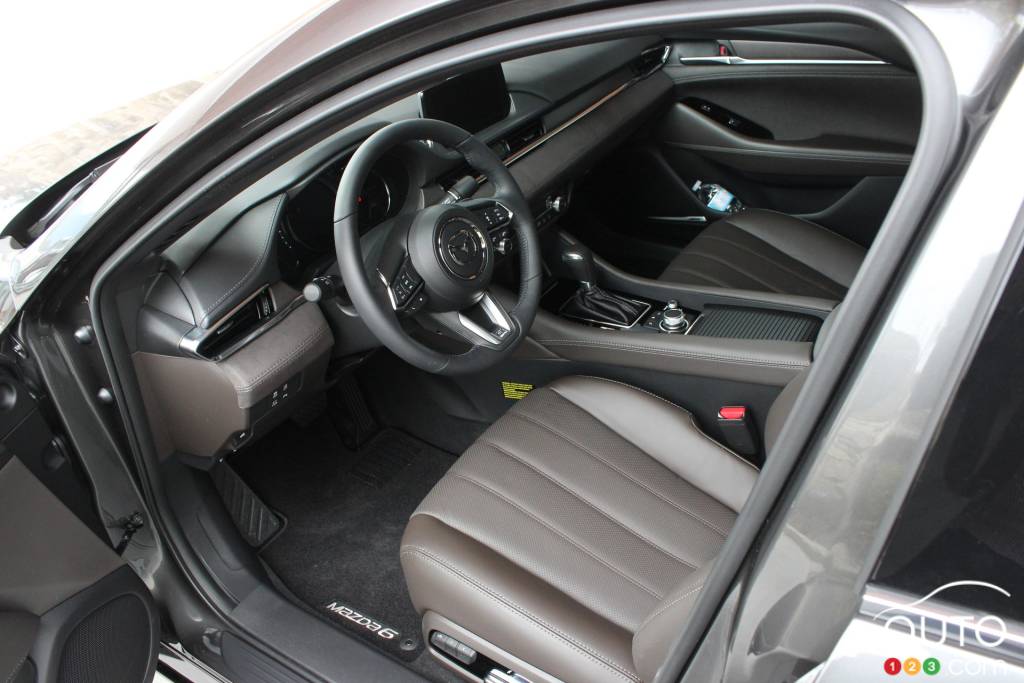 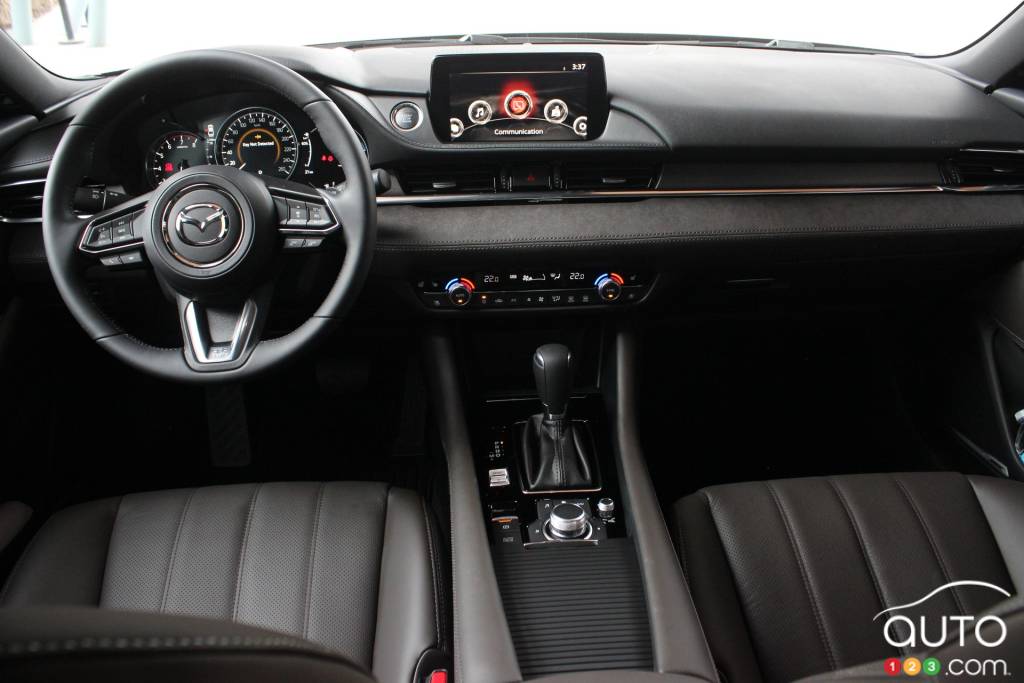 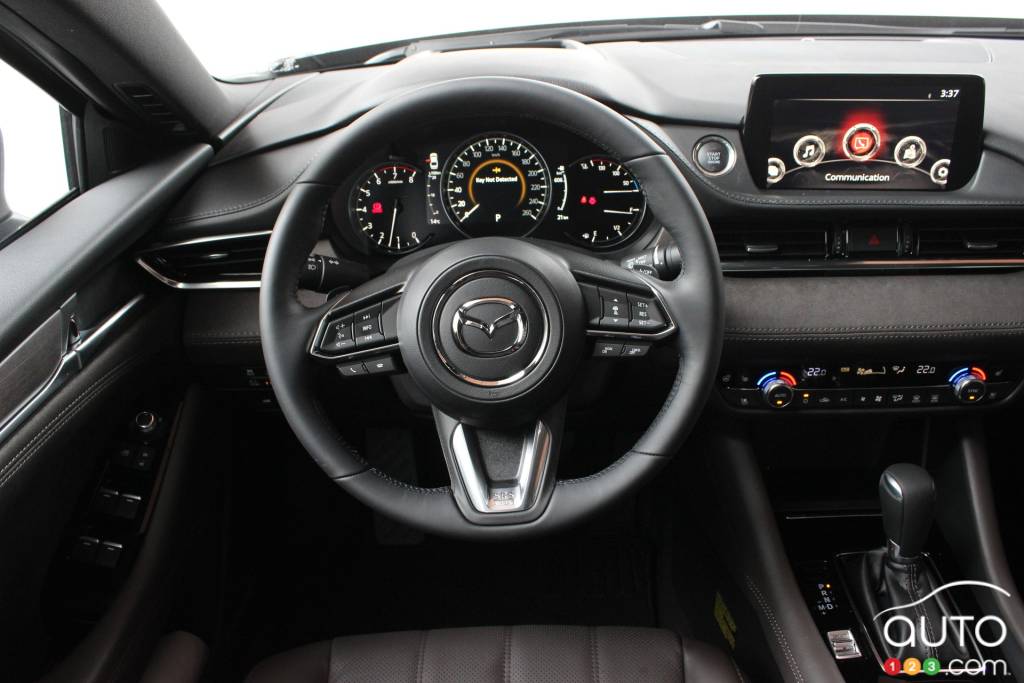 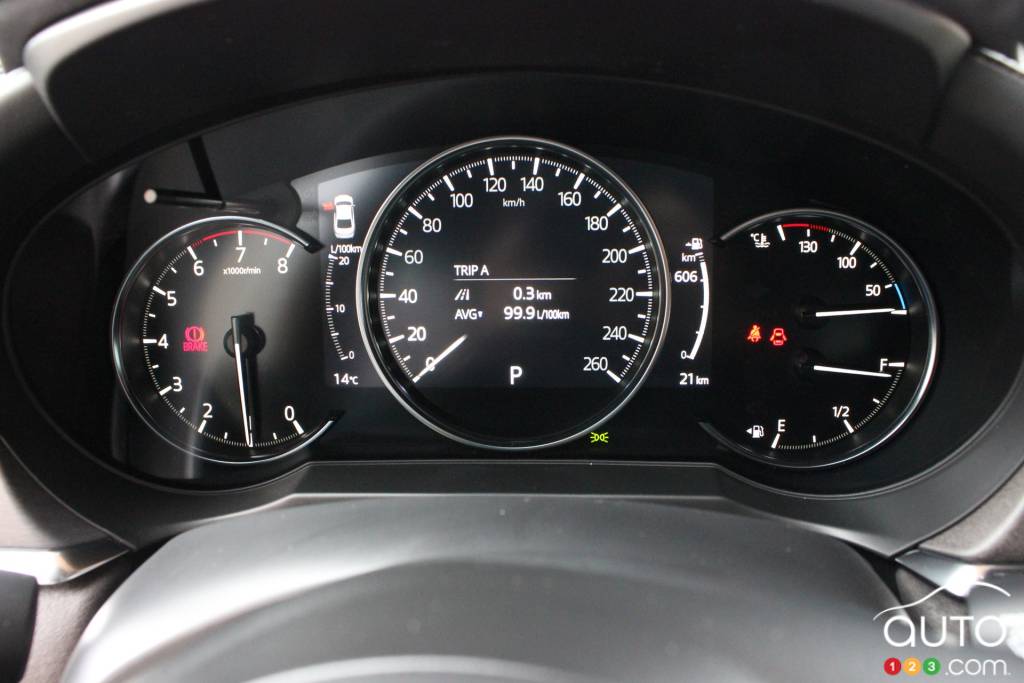 Here’s how Mazda’s midsize sedan intends to take on the new Camry and Accord and even raise above all mainstream competitors. Will sales increase as a result?