We've been telling you about it for a while, but Ford has now confirmed the return of the Maverick name to its lineup, this time to designate a compact-sized pickup.

And we won't have to wait long before discovering it, as its official presentation will take place next week, on Tuesday, June 8. In the meantime, Ford has provided teaser images giving us a taste of the model.

The announcement by Ford explains that after “months of rumors, spy shots and speculation have all led to this moment. It’s true – Ford is adding an all-new small pickup to the lineup, and it’s called Maverick”.

Spy photos that have circulated over the past few months showed that the Maverick will be smaller than the Range. We also already know it will get a front-wheel drive configuration with all-wheel drive as an option. It will be equipped with either a torsion beam rear suspension or an independent suspension, depending on the transmission configuration. Despite its unibody construction, it should appeal to those who miss the format of the old Ford Ranger, which ended its career in 2011.

Incidentally, the arrival of the Maverick will end a decade with no compact pickup truck offerings in North America. The reality is that the compact models of the time have grown so large that they are almost as big as full-size pickups of 25 years ago.

If the price is right, the Maverick pickup could find a ready audience. Check back on June 8 for all the details on it, including what engine(s) will be reserved for it, as well as what variants will be offered. 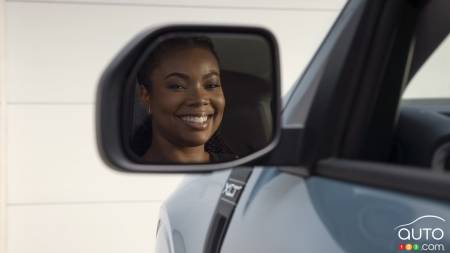 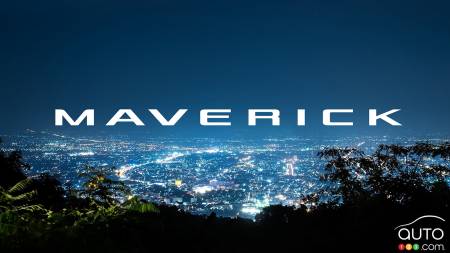 Photo: Ford
The Ford Maverick will be unveiled June 8th

Auto123 got to shake hands and get all touchy-feely last week with a pre-production version of the new Ford Maverick, a pocket pickup that enters a budding s...

Ford has given details for the Ford Maverick Tremor package coming for the 2023 model-year, and confirms it will start taking orders for it in September.

Ford Maverick Tremor Out and About in Testing

Ford has taken its upcoming Maverick Tremor version out into the real world for testing, which serves to educate and titillate fans impatient for the model.