The next Shelby GT500 is awaited impatiently by Mustang lovers everywhere, and while some rumours have floated putting its maximum output at 772 hp, Ford has issued no information confirming this.

In principle, Ford should be announcing official details on its latest Shelby-badged brute in early 2019.

However, leaked specs sheets provided by an anonymous source to automotive website The Drive suggest that the GT500 will get an output of 720 hp at 7,500 RPM, as well as 650 lb-ft of torque. This is to be provided by a 5.2L supercharged V8 engine.

If this information is accurate, it will place the new Shelby just above the Dodge Challenger Hellcat in terms of raw power, tat model having “only” 707 horses in its stable. On the other hand, the new Redeye version of the Challenger Hellcat gets 797 hp.

With electric mobility making its way inexorably across the automotive landscape, might we be witnessing the last stand of the traditional muscle car?

Mind you, people were predicting its demise 10 years ago.

We do predict that before it does drive off into the sunset, the muscle car will get a 1,000-hp iteration at some point in the near-future. Meantime, we can marvel at these feats of engineering being produced today. 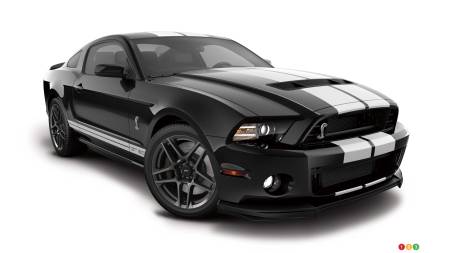 Ford releases a first image of the 2020 Mustang Shelby GT500, set to debut publicly at the Detroit auto show next January. Details are few and far between, b...