We continue our unofficial Mustang week with a review of the 2020 Ford Mustang (EcoBoost with High Performance Package).

See also: The 2020 Ford Mustang GT Convertible: 10 Fun or Irritating Things About It

See also: The Top 10 Most Memorable Ford Mustangs of All Time

While Ford’s decision to release a 4-cylinder turbo Mustang when this current generation of the car – the sixth – debuted in 2015 was a bold move, it was also an obvious one. The car business being what it is these days, “world” cars – cars that can be sold in numerous markets with only minor changes – are the order of the day, and that logic applied to the Mustang as well.

Indeed, as popular as the Mustang nameplate is – it’s also now one of the world’s longest-running – in order for it to be accepted en masse in Europe with its high gas prices and strict emissions laws, a turbo-four was a requirement. So, for the first time since the Mustang SVO in the mid-80s, a turbocharged Mustang was going to be available in showrooms.

Not one to rest on its laurels with the Mustang, Ford produced a slight redesign in 2018, and two short years later, the automaker has released the bonkers 700-hp Shelby GT500 and this variant, the EcoBoost High Performance Package (HPP). 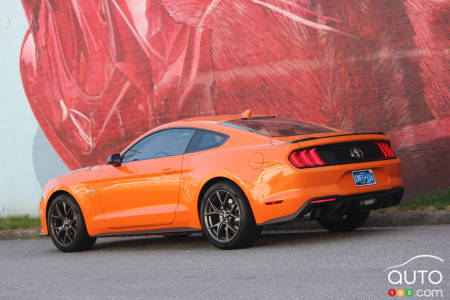 So confident was Ford in its new(ish) 4-cylinder creation that when we attended the launch of the GT500, Ford brought along a brace of these saner models to try alongside. They obviously knew the GT500 was going to be the star of the show, but wanted to show what the other end of the Mustang spectrum looked like as well. Indeed, even with half the cylinders of the most famous hi-po Mustangs of all time, it’s the HPP version’s duty to show that it can still get the job done. It gets more power, a larger radiator, tuned suspension and bigger brakes. Oh, and a trunk-lid spoiler on hardtop models (it comes in convertible form as well).

Want more styling touches? Then perhaps the special wheels, “2.3L” badging everywhere (including on the dash in front of the passenger, which I find a little ostentatious and would love to scrap for one of the more classic badges other Mustangs get), and extra gauges atop the centre stack for your oil pressure and turbo boost pressure.

I have to admit, those little needles spinning ‘round those gauges as you really get on it is an awesome sight. As is the modifiable digital gauge cluster that provides a linear rev counter surrounding the whole shebang, but that may be a little too “un-muscle” for some. Two analogue gauges surrounded by billeted aluminum is the only way to go, right? Well, no. Not in 2020 it’s not. 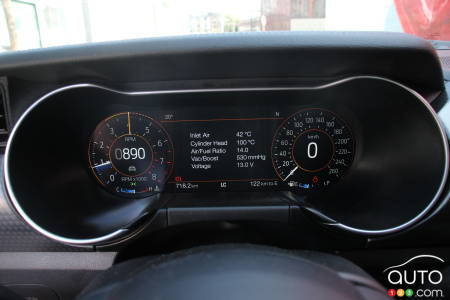 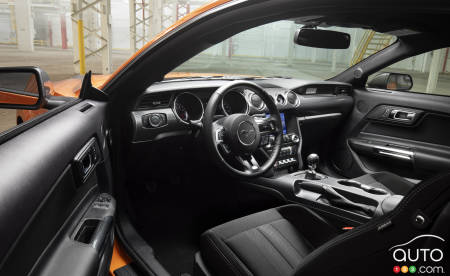 It all starts with the engine, really. the 2.3 in the HPP is essentially a repurposed (and slightly detuned) engine from the gone – but definitely not forgotten – Ford Focus RS. Here, it makes 330 hp and 350 lb-ft of torque (that’s down 20 hp on the RS) fed to the rear tires (in the case of my tester, sticky Pirelli P-Zero Corse items) through either a 6-speed manual transmission or a 10-speed automatic transmission. To which I say, an automatic? Really? In this?

Well, not for me, no. However: if you were to opt for an auto in your Mustang, this would probably be the one to do it in. After all, having more closely-spaced ratios will make it that much easier to get the most out of the turbo’s narrow powerband.

I had the 6-speed manual, though, and it is a slick-shifting, well-slotted thing that is a pleasure to row. The clutch action is also a little easier on the legs than it is in the V8-powered GT which, coupled with the four-banger’s improved fuel economy, makes the HPP the easier car to live with around town – if that’s something that you require from your muscle car, of course. Many would argue that a “muscle” car should require just that from its operator – muscle. 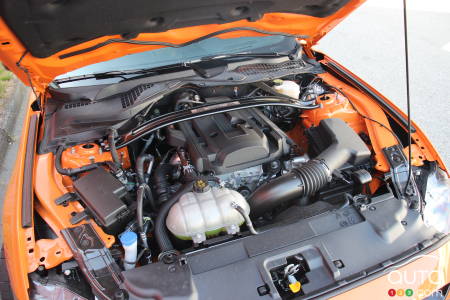 While I didn’t have the V8, it pays to remember that back when the SVO was a thing, the V8-powered GT of the era made about 275 hp. That means that today, the HPP delivers about 50 percent more horsepower than that era’s GT did, and with 50 percent fewer cylinders. Needless to say, it’s not slow.

Power comes on quickly – dropping a cog is usually required once at-speed, of course – and turbo lag is not really a problem. You’ll feel some, but it didn’t change my impression of the Mustang HPP as a fast car one iota. It is very quick, but that’s not exactly where it shines brightest – and no, I’m not talking about my tester’s “Twister Orange” paintjob. Or the fact that it gets a “loud” exhaust – just like a GT – as well as a “quiet mode” for when you don’t want to antagonize the neighbours.

No, where the Mustang HPP really stands out – where it really shows what it’s made of – is in the corners.

The suspension tweaks I mentioned come if the form of beefier anti-roll bars, heavy duty springs and in the case of my particular tester, a set of adaptive dampers that come as part of $2,600 option package that also adds aluminum wheels and a 3.55:1 limited-slip rear axle. 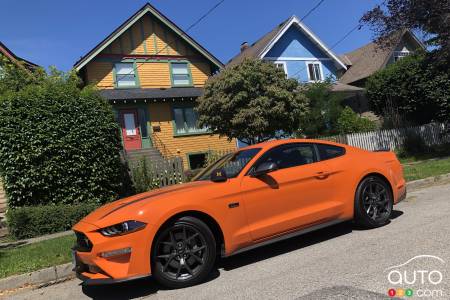 It all combines to keep the HPP tracking straight and true through corners, with ultra-responsive steering even though you’ve got the great big hood slung out in front of you. This is a car that drives much smaller than it looks, and much smaller than does the GT. In fact, you’ll have a hard time unseating those super-sticky tires with “only” 330 hp.

Which, I must say, is where all of this gets a little foggy.

There is no question in my mind that the Mustang EcoBoost HPP is right on the money in these kinds of conditions. On a bendy, mostly-third-gear road, this version of the Mustang is fun, involving and up to the task of delivering some real thrills. 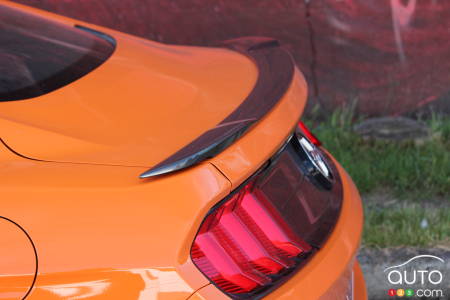 As good as the EcoBoost HPP is, I still have that feeling that if I bought one, I’d always be pulling up to GTs at stoplights, hearing that wonderful V8 burble, and rue the fact that maybe I should have saved the money, and gotten the V8. Same thing happens when I rev the engine; it sounds fine – for a VW Golf R or Honda Civic Type R or Nissan 370Z. Or, indeed, a Ford Focus RS. But it isn’t a hot hatchback or Japanese sports car. It’s a muscle car. 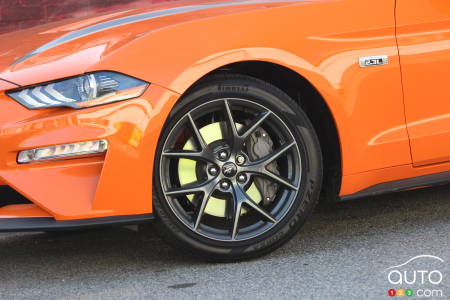 Of course, if ease-of-use around town is what you’re after, then the HPP is better. If you want fuel economy above all, then this Mustang is likely right for you. If they found a way to scrub a few grand off the price – maybe include the handling package with the $6,500 HPP package itself, the choice between it and a GT would be tougher.

At this price, though, I know which way I’d go. 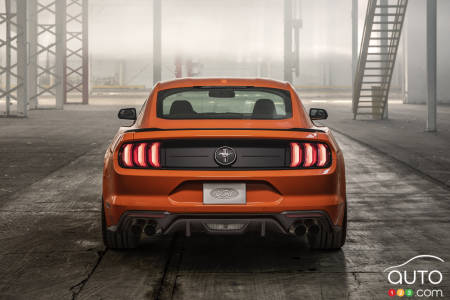 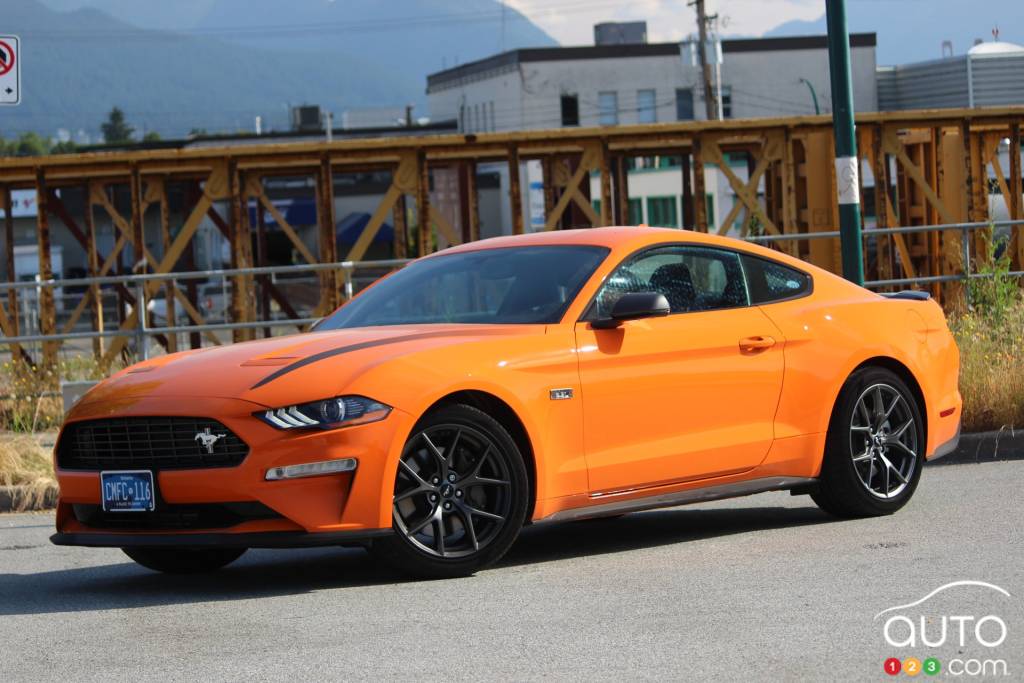 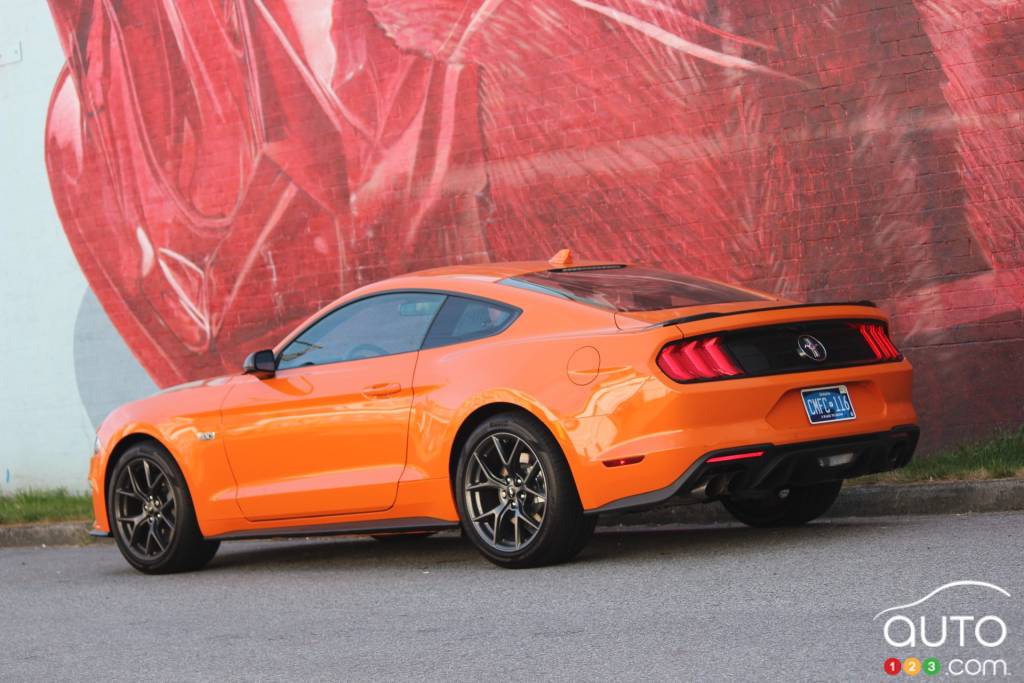 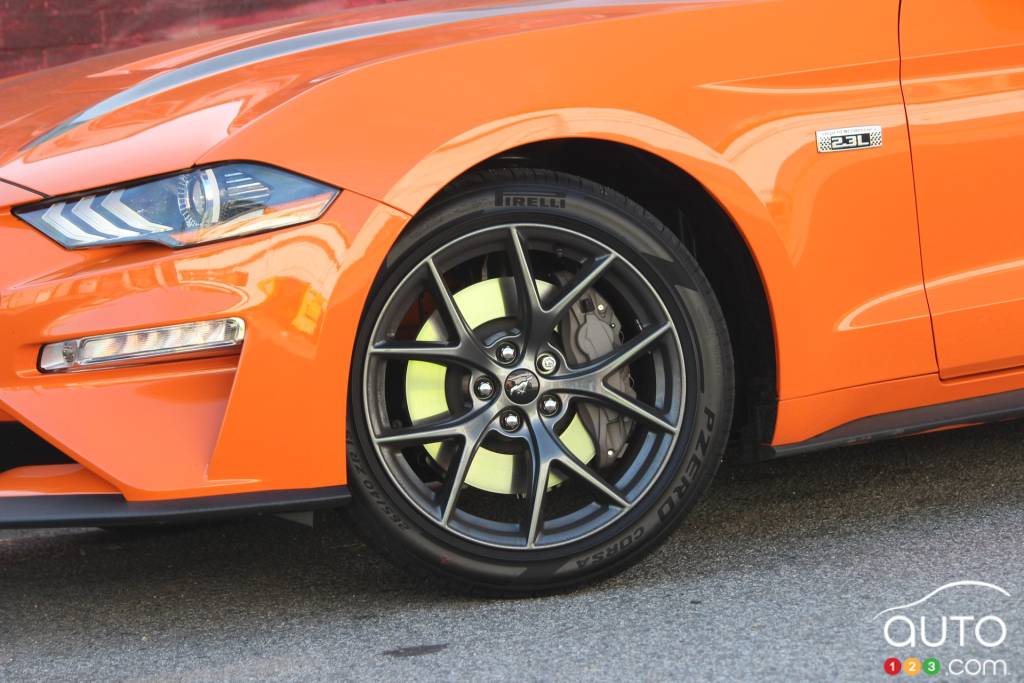 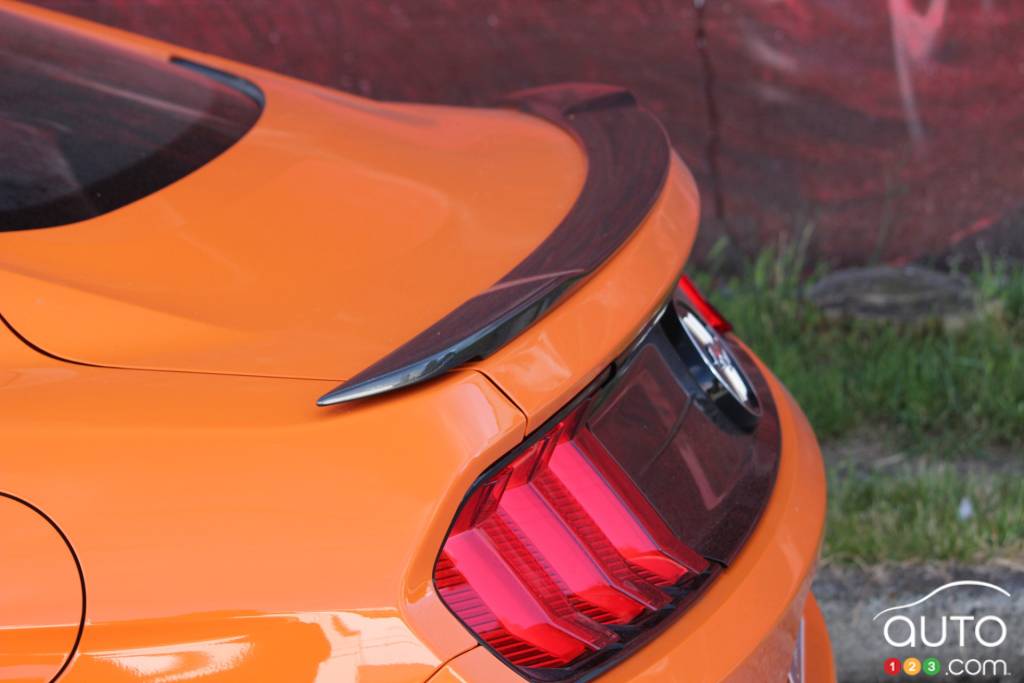 The Ford Mustang Bullitt is no more, and neither is the Shelby GT350. No problem, says Ford, because it offers the Mach 1 in 2021! Here’s our review of a tru...