When we learned last year that a Raptor version of the Ford Ranger was going to be produced, we almost had time to get excited. Almost, because Ford was quick to announce that it wasn't going to offer the variant with the North American Ranger pickup.

It appears the company has changed its mind, however. This is according to the Australian site CarExpert, which reports that the automaker looks to be preparing a Raptor edition of the Ranger model sold here.

Engineers are currently working on the development of the model’s next generation, which is being designed in conjunction with Volkswagen and its next-generation Amarok. What this means is that it’s being designed from the outset with an American audience in mind. North American employees are also part of the team, which adds weight to speculation that it is meant to be offered here.

CarExpert posted a screenshot of what looks like the build sheet for a variant of the Ranger Raptor. The identification number corresponds to a 2021 edition (so a 2022 model, once in dealerships). It's powered by a 2.7L EcoBoost V6 engine sending power to all four wheels via a 10-speed automatic transmission.

Although the power developed by this engine is not listed, CarExpert believes Ford will use two turbochargers to achieve a capacity of 325 hp and about 400 lb-ft of torque. In comparison, the current Ranger's 2.3L, 4-cylinder turbocharged engine produces 270 hp and 310 lb-ft of torque. 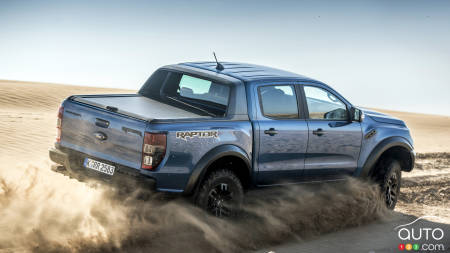 Like the Raptor variant of the F-150, the Ranger Raptor will benefit from a long list of modifications to handle rough terrain, for instance a Fox suspension, heavier tires, skid plates and a stronger frame. Expect as well a long list of cosmetic changes, both inside and out. It's clear that the model will be more different, and more aggressively styled than the regular version.

Ford hasn't put announced any dates for the next generation’s debut, but we expect it to be ready in 2021 and to show up in dealerships as a 2022 model. If that's the case, there will likely be more information forthcoming in the next few months. That said, given the new reality of the coronavirus and the constraints it’s imposing, who really knows?

If all this materializes, there’s little doubt Ford will find it easy to attract enthusiasts of the sub-niche. Above all, a Ford Ranger Raptor will give the automaker a credible contender in the segment, which already features offers war-ready versions of the Chevrolet Colorado (ZR2 and ZR2 Bison), as well as the Toyota Tacoma TRD. 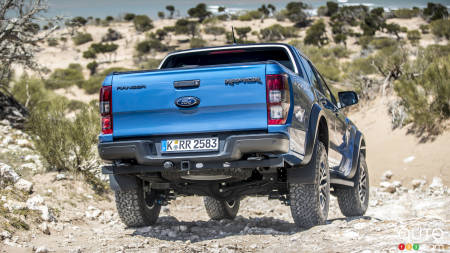 The 2022 Ford Ranger in its Splash iteration unofficially signals the last hurrah for this generation of the mid-size truck, the next edition being readied t...