The Genesis brand might be new in industry terms, but it has already been behind some very remarkable concepts in its short lifetime. Just last week we discovered the Mint prototype, unveiled at the New York Auto Show. Then there’s the Essentia, a spectacularly sleek sports car that turned many a head when it was revealed in New York in 2018.

Now we learn that it, or a close approximation of it, could soon turn heads on our roads as well. Rumours that the company is verging on giving a green light to a production version are growing more persistent. An anonymous internal source at Genesis has been quoted as saying the project is “very, very serious”.

Official voices at the company have been more circumspect. Genesis boss Manfred Fitzgerald did tell Motoring magazine that the automaker is “still pursuing the one [concept] that you saw last year in a very, very serious manner and hopefully we’ll make an announcement in due time.” 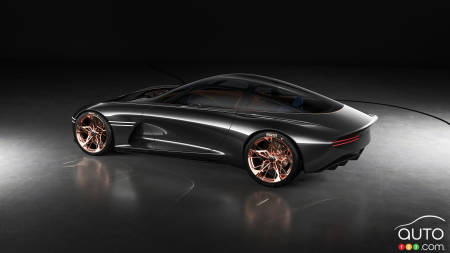 The word Essentia did not leave the executive’s lips, but it’s not hard to read between the lines, since the division produced only concept last year. Fitzgerald added:

“We’re serious about everything we do. I will fight to the very end to have this car into production and have it as you’re seeing it right now on the road … I think this is an invention of a new typology of vehicle, and I think that’s something that will resonate with people out there.”

As for the Mint concept, Manfred Fitzgerald said he hoped that it too would make its way towards a production version

If the Essentia does get the go-ahead and retains its original overall form, Genesis will have an exceptional product to add to its fledgling lineup. The fact that the concept was developed on the company’s EV platform can only help its chances of seeing the light of day.

A Genesis Essentia on the market would also have the advantage of being very competitive in terms of pricing in comparison with similar products from Tesla, Mercedes-Benz, BMW and Audi, for example.

Genesis has done a lot more things right than not since it stood apart from Hyundai as a separate brand. If it brings prototypes like the Essentia and the Mint to fruition, the brand could well set in motion an industry-wide trend. 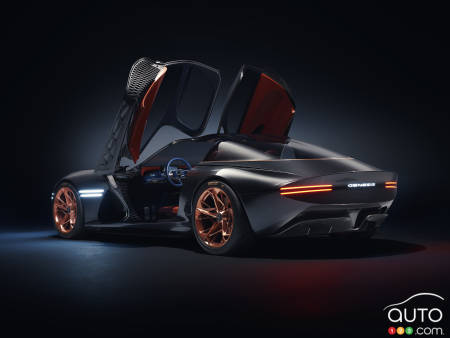 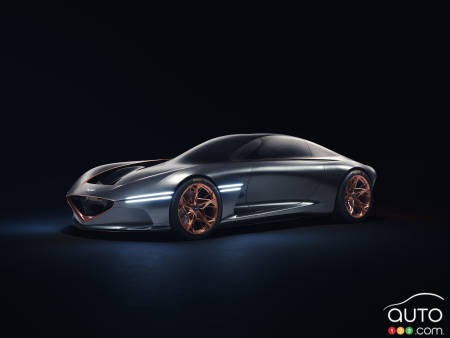