GM is expected to make a major announcement later today regarding the future of its plant in Oshawa, Ontario. The factory has been producing vehicles for more than 100 years.

Rumours spread through various media outlets on Sunday that the company intends to shut down production at the plant in December 2019 as part of a global restructuring plan. Late in the day the Unifor workers’ union confirmed the news.

Several of the models currently assembled at the Oshawa plant, like the Chevrolet Impala and the Cadillac XTS might be disappearing at the end of their current production cycle. The Impala is also produced at a plant in the U.S., but sluggish sales mean there might not be reason to assemble it in two locations.

If the news is confirmed by GM today, it will be devastating for the Oshawa region. 2,500 employees would lose their jobs at the plant, and another 30,000 workers in jobs related directly or indirectly to the factory’s activities would be affected as well. 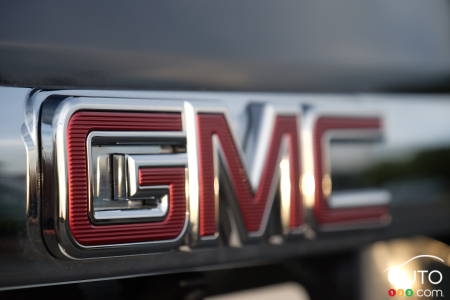 At one point in time, the Oshawa facility employed 40,000 people. The last several years have seen several thousand workers lose their jobs there in the wake of the 2008 financial crisis.

Speaking of losses, the federal and provincial governments themselves stand to lose anywhere up to $1 billion.

The outgoing mayor of Oshawa, John Henry, said that the community would be greatly impacted by the decision, if the rumours prove accurate. Those working at the plant are active in and deeply connected to Oshawa and the surrounding communities, contributing to the region’s vitality. He also expressed consternation that the news filtered out the way it has.

On the union side, it’s expected it will attempt to enter quickly into negotiations with GM in order to hold on to as many jobs as possible.

Today’s press conference will of course provide many more details, and we’ll be reporting those to you as they become available.

GM: Oshawa may lose 2 models to US

You win some, you lose some. Reports indicate that the agreement GM recently signed with the United States' United Auto Workers union (UAW) could result in a...

General Motors will invest $117 million to prepare the Oshawa Assembly Plant to build the all-new Cadillac XTS, creating or retaining 400 jobs on the Flex Line.

OSHAWA, Ontario -- You plan and hope, but never really know how family gatherings are going to turn out... Sometimes it's all good, sometimes nobody shows up...