General Motors (GM) has issued a recall of the Chevrolet Trax from 2017 to 2019 model years due a problem related to the front suspension.

The company received a report from a Chevrolet dealership in November 2018 that detailed a Chevrolet Trax with a partial separation of the suspension system’s left front control arm. A visual inspection of the vehicle confirmed that a part had been improperly welded.

The manufacturer of the component, a Mexican firm used as a sub-contractor, claimed at first that the welding had been performed in accordance with General Motors’ specifications. The company later backtracked, acknowledging that the weld had been modified because the control-arm stampings did not meet the specifications provided by GM.

"If a lower-control arm partially separates from the vehicle, the front wheel attached to the control arm will toe outward, adversely affecting the vehicle's steering and potentially causing the tire to rub against the wheel well, increasing the risk of a crash." 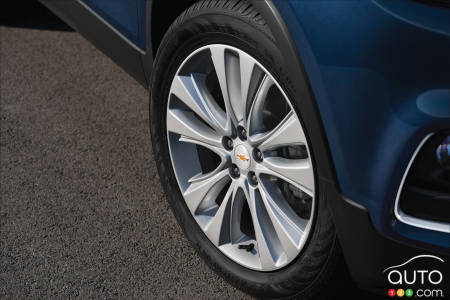