When discussing vehicles’ multimedia systems, our reviews often make mention of compatibility with the Apple CarPlay and Android Auto applications (or the absence thereof).

These apps are hugely popular with consumers, as they allow for accessing and using smartphone apps directly within the vehicle’s multimedia system. The most useful and common usage is of course navigation, but music streaming is also possible and widespread.

Those whose weapon of choice is an Android phone will be glad to learn that Google has just previewed the new interface it is working on for its popular Android Auto app. 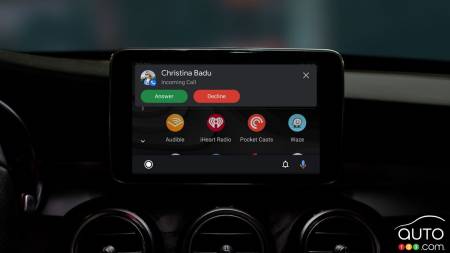 The new interface gets an even darker background, as well as more vibrant colours for the icons that appear on the screen. The idea is that drivers will find it easier and quicker to spot the one they want to use.

The app’s designers have also improved the alert system and the way human and machine interact, for example by more clearly organizing the way the driver can receive or send messages, or take or make phone calls. 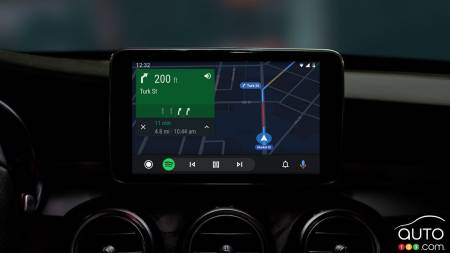 In addition, the system can pick up your music at the last track you listened to when your phone is plugged back in to the vehicle. It will also call up your preferred navigation map automatically.

Android Auto made its debut in 2015, and today it’s integrated in the systems of over 500 models produced by some 50 different automotive brands.

The new version of Android Auto will be gradually phased in over the course of this summer. 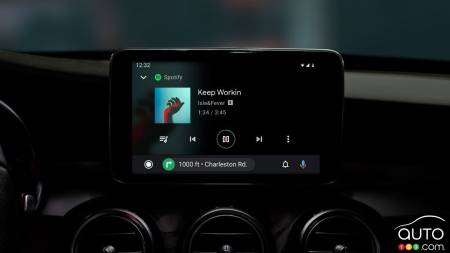 It took a long time for Toyota to sign an agreement with Apple and get CarPlay integration into its vehicles, but it’s done. And now it appears that the auto...