This week an extreme heatwave is gripping most of Western Europe. In the latest example of what is an increasingly common occurrence, daily highs are reaching 38 degrees Celsius in France, Germany and Poland, and the Czech Republic experienced a peak temperature of 38.9 degrees.

Not the typical highs for the month of June on the Old Continent.

Melting roads and runaway pollution
The situation has led governments in France and Germany to impose driving restrictions. Older cars have been banned from circulating in several large French cities, notably Paris and Lyon, and speed limits have been lowered on the German Autobahn for fear of road surfaces buckling. 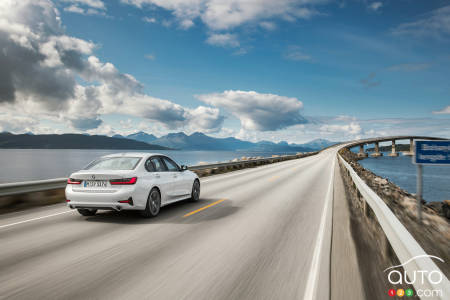 In Germany, a temporary reduction of the speed limit has been imposed on portions of the Autobahn that don’t normally have any at all. The fear is that the combination of extreme temperatures and high speeds could case cracking or buckling of the asphalt.

These measures do not have any direct effect on us, of course, but they certainly do serve as a wake-up call. There’s no reason to suppose that similar measures won’t be needed here, and sooner rather than later.

Ford to launch ECOnetic models at the Frankfurt Motor Show

Ford of Europe will offer its customers ultra-low CO2 alternatives for selected car lines with the launch of a new range of Ford ECOnetic models. Potential b...

In September, for the first time ever, registrations of electric-powered vehicles outnumbered those of diesel-engine models in Europe. Just 10 years ago, the...

Volkswagen is gradually restarting operations at its plants in Europe, and also in the U.S.; first to open is the Zwickau plant in Germany, which builds the ...