Car engineers love nothing so much as to set their creative juices flowing. The members of Honda’s special projects team in Swindon in the UK decided to let their freak flags fly and transform a Honda Civic Type R into a… pickup.

Despite appearances, the changes made to the high-performance model are actually quite minor. The team of engineers removed the regular Type R’s rear bench and rear doors, as well as the back part of the roof.

Those who have known this type of configuration will see in the concept a tribute of sorts to the Ford Ranchero or Chevrolet El Camino. Except of course that this prototype runs on a 306-hp 4-cylinder with a front-wheel-drive system.

If this one-off concept grabs your fancy, don’t run off to your nearest Honda just yet. The special projects team put this vehicle together strictly a labour of love, developing it outside of working hours. The result is, to say the least, interesting. The “pickup” gets a small bed accessible via a hatch that opens upwards, and the rear spoiler can be removed to make loading cargo easier. 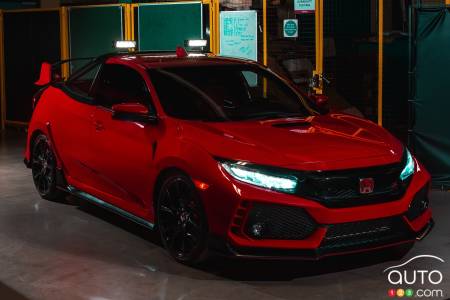 Alyn James, who headed the project, explained that the group is looking at the possibility of setting its creation loose on the track at Nürburgring in Germany to see if it can set a new speed record for a front-wheel-drive pickup. Considering that the Civic Type R has already set a benchmark time on the famed circuit, we would bet on the new concept succeeding. It’s estimated that the Type R pickup prototype can get to 10 km/h from a stop in under six seconds, and attain a top speed of 265 km/h.

Another safe bet we’d consider making is its popularity if it ever did make it to production... 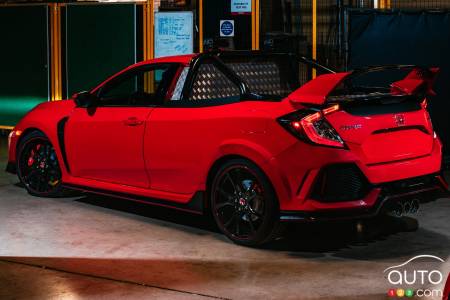 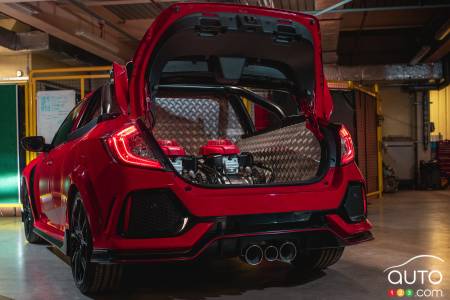 It’s actually not the first time Honda has played around with the idea of a high-performance pickup. In 1999, it presented a similar type of vehicle in the Spocket concept. Although, unlike the new Type R that was just a design study. 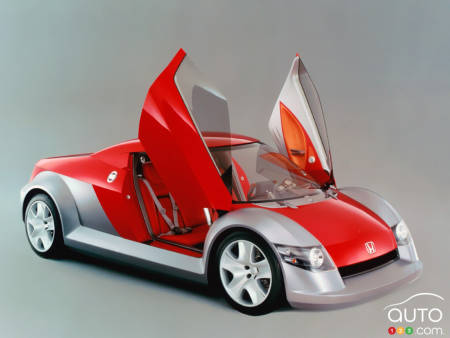 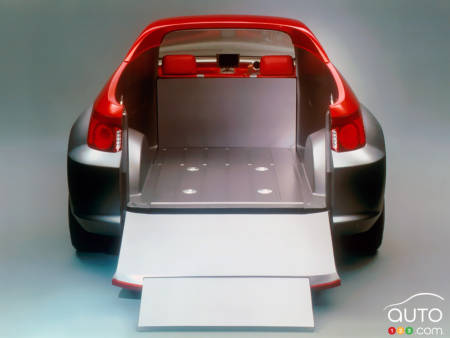 Following its world premiere in Paris, the new Honda Civic Type R prototype will make its North American debut at the 2016 SEMA Show this week. Don’t miss it!

Honda Canada has kept its promise to offer its most powerful production car ever in the low $40K range. Here’s a recap of what you’ll get for that kind of mo...