Honda has announced a recall of 137,000 units of its more popular SUV, the CR-V, due to a problem with the driver’s side airbag. A defect within the steering wheel mechanism can cause the airbag to deploy suddenly without cause.

Of the 137,000 CR-Vs being recalled, most are located in the United States, while 17,951 are in Canada and a small number in South Korea. 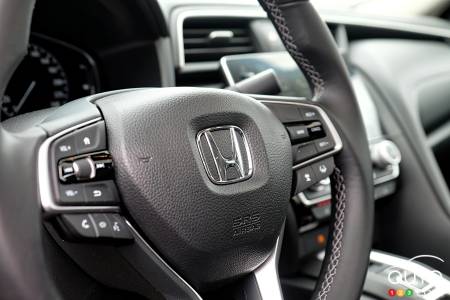 According to Reuters, Honda will fix the problem by installing a new harness to hold the wiring in place, while adding more protection to prevent the problem from arising again.

No accidents or fatalities have been reported in connection with this problem, however six different incidents, three of them leading to injury, have been attributed to the issue.

It’s worth reiterating that the new recall has nothing to do with the issues that have arisen in connection with defective Takata airbags.

Honda has issued an additional recall of 1.4 million cars, SUVs and pickup trucks in relation to the defective Takata airbags that need to be replaced. This ...

Honda Canada, the Greenest Automaker in the Country...