February is shaping up to be a month to forget for Japanese automaker Honda, at least on the reliability front. Yesterday we reported on a recall arising from problems with the fuel pump of some Honda and Acura vehicles equipped with a 3.5L V6 engine.

Today, Honda has issued a new recall that affects 13,289 Ridgeline models in Canada, and the cause is, to say the least, unusual.

So unusual, in fact, that it’s pretty hard to point the finger at the manufacturer. It’s more accurate to consider the problem behind the recall as an unfortunate confluence of circumstances. That said, the consequences can be serious.

The problem can arise in vehicles that make trips to the car wash. During the washing process, water can reach the fuel pump; this is a problem in that the soap used in many car washes can degrade the plastic that protects the pump. This creates the risk of a high-pressure leak.

Clearly, gasoline spraying out in all directions is not a good thing. 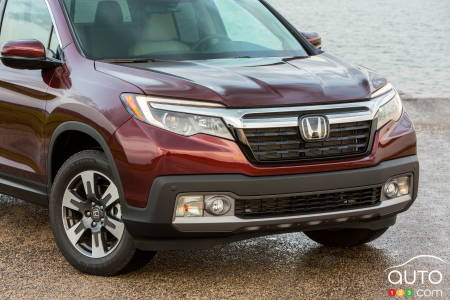 The ingredient in the soaps that’s causing the problem is actually a very common one: sulfuric acid. The reason it’s so ubiquitous is that it helps separate oil from any surface. It’s also an excellent cleaning ingredient, but the catch is that contact must limited and of short duration. Longer-term exposure to sulfuric acid can have nasty consequences.

And this is what can happen in the case of the Honda Ridgelines that are subject to the recall.

Owners of 2017-to-2019 Ridgeline models will be receiving a notice recommending they make an appointment with their dealership to have the fuel pump inspected. Any cracked pumps will be replaced; those that are OK will get a new protective cover.

Owners are also asked to be vigilant; if they detect a gasoline odour around their vehicle, they should visit their dealership without delay.