Consumers’ love affair with SUVs continues apace, as do the manufacturers’ efforts to give them what they want. Hyundai confirmed this week to MotorTrend that it was readying another new utility model for the North American market.

The new model will make its public debut at the next New York auto show taking place in April, and Hyundai wants to take it to market before the end of the year.

So what can buyers expect? A small SUV, very small in fact, smaller even than the Kona, the rising star of the Korean automaker’s lineup. But it won’t be a clone of the Kona; Hyundai is promising substantially different styling, in keeping with a promise made last year regarding distinctive looks for each of the company’s models. 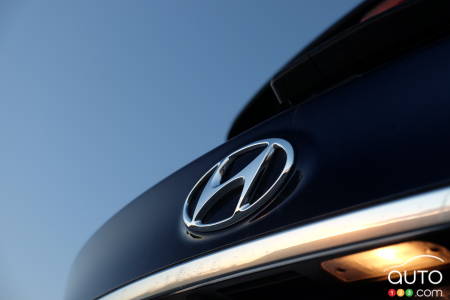 Hyundai’s head of design, SangYup Lee, said this about the new model:

“It’s smaller and it's distinctively different than Kona. So imagine Kona as a really fast profile, distinctive, iconic character to it, but this one is almost very boxy, bold, bull-doggy character."

The addition of a new utility model to the Hyundai lineup will help the company solidify its place on the North American market. Last year the automaker sold around 300,000 SUVs in the U.S., up 24% from 2017. With another player on the roster, this number should increase again in 2020 and 2021.

Stay tuned as we’re sure to hear and see more about the model in the coming weeks, especially as we approach the New York show.

Hyundai will be unveiling a new crossover SUV at the New York auto show next month. The 2020 Hyundai Venue will fit into the carmaker’s lineup below the Kona...

Hyundai will be introducing a full-size SUV to consumers next year, but recent speculation has the Korean automaker possibly working on second big utility mo...