BMW is introducing its brand-new BMW iX3 concept car at the 2018 Beijing Motor Show this week, and has released more-detailed images of the crossover’s exterior. The virtually production-ready model will be built in China but sold throughout the world, including North America. 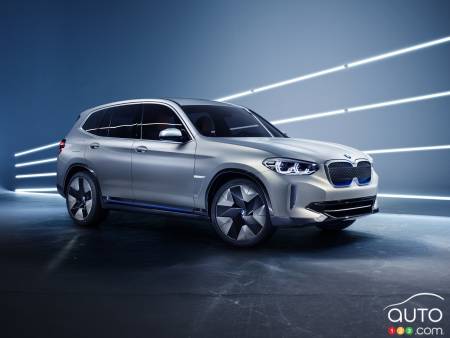 The new crossover, identical in size to BMW’s regular X3, will be powered by an electric motor working from a 70-kWh battery system. European testing has given the powertrain a range of around 400 km, or roughly the same as what is being proposed by the Jaguar I-PACE, sure to be a main rival of the latest i-Beemer. Another model it figures to do battle with is the upcoming new Audi e-tron Quattro, expected before the end of 2018. 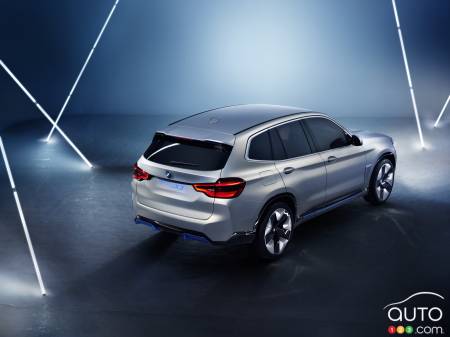 One noticeable design trait distinguishing the all-electric X3 is the modified front grille, which is no longer BMW’s distinctive twin-kidney variety such as we’ve known it since seemingly forever. Blue front-end accents provide further indications of the electric powertrain propelling the model. 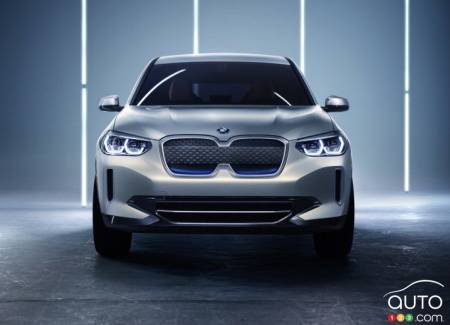 The model is set to hit the market in 2020, but it’s clear that the version being introduced in Beijing is production-ready or very close to it. The version rolling out of BMW’s assembly plant in Shenyang, China will look very much like what we’re seeing here. 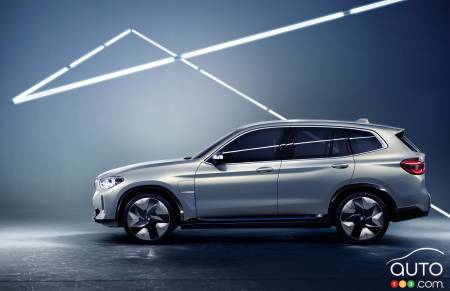 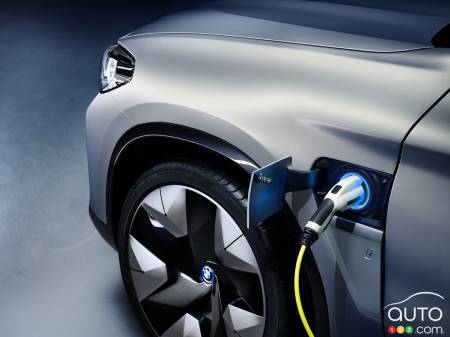 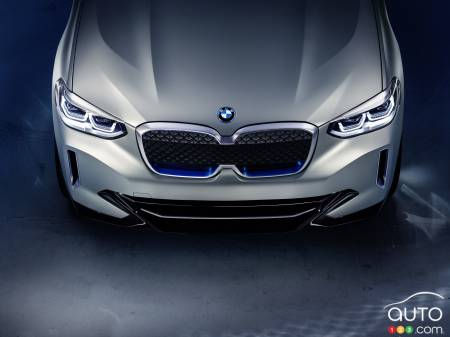 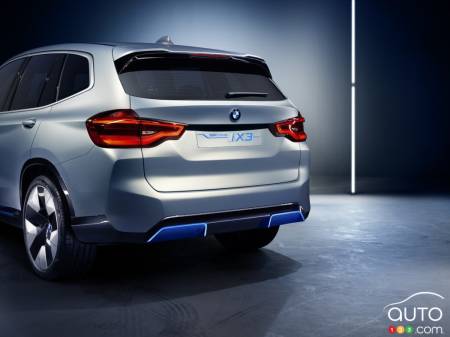 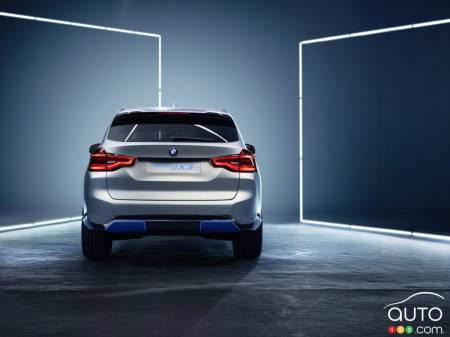 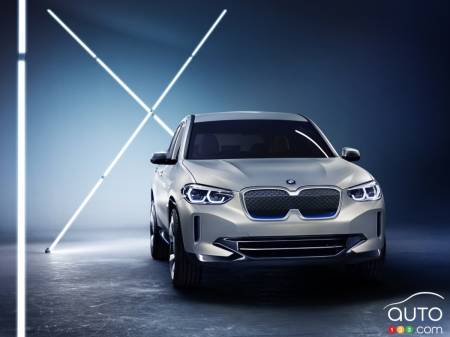 BMW has spilled a few more beans regarding its upcoming iX3 electric model. OF particular interest to Canadian motorists, the range of the vehicle should be ...