A month ago, we were quietly preparing for the New York Auto Show scheduled to take place in the first week of April. However, the coronavirus crisis has evolved at a dizzying pace since then, with the result that everything to do with the automobile is on pause at the moment.

And that includes where the New York Auto Show was to be held, the city's largest convention centre, known as the Jacob Javits Center. The venue is becoming, for the sake of the cause, a hospital.

Conversion of the center's main exhibit hall is scheduled to begin this week, transforming the 1.8 million sq ft of space into New York City's first emergency hospital to meet the pressing needs of health-car authorities. State Governor Andrew Cuomo said this morning that 140,000 beds had to be available for the peak of the crisis, expected in 14 days for the New York area.

The governor announced plans to convert the convention centre on Saturday and visited the facility Monday afternoon. He said the establishment of four 250-bed hospitals at the site would take about 7 to 10 days. In addition to the initial 1,000 beds made available, Cuomo said an additional 1,000 beds for "lighter medical care" could also be set up inside the Jacob Javits Center. He added, "This was never an intended use, but you do what you have to do. That's the New York way. That's the American way."

Other sites that the Governor has put on his list of temporary hospital sites include the SUNY Stony Brook and SUNY Westbury campuses on Long Island, and the Westchester Convention Center in upstate New York. Each would have a 250-bed unit under the management of the Federal Emergency Management Agency (FEMA).

New York is facing the largest number of people infected with the coronavirus in the United States with over 25,000 confirmed cases as of yesterday afternoon, according to Johns Hopkins University.

New York Auto Show Gets Green Light for This Summer

New York State Governor Andrew Cuomo has confirmed that the New York Auto Show will be held this summer. Recall that last year the event was first postponed ...

The growing coronavirus crisis has gotten the better of the New York Auto Show. Until today organizers had maintained the show was still set to go on as sche... 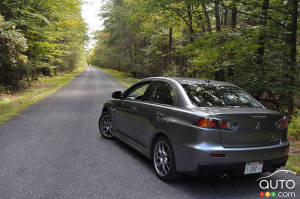