The new Defender is only just taking its first steps as part of the Land Rover lineup, but already rumours are circulating about the arrival of a pocket-sized version.

In fact, the What Car? website announced last week that Land Rover plans to launch such a model in 2022. The small SUV will be styled to match the Defender and be equipped with a 1.5L, 3-cylinder turbocharged engine at launch. A plug-in hybrid configuration is planned for later on.

The source of the report being British, it’s not known if the model would make it to North America, and if so what engine would be offered here.

A front-wheel-drive architecture would be standard, with all-wheel drive available as an option. This approach suggests that the product will use the PTA (Premium Transverse Architecture) platform found in Jaguar-Land Rover's other compact SUVs, namely the Jaguar E-Pace, Land Rover Discovery Sport and Land Rover Range Rover Evoque.

Prior to the launch of the Defender 2020, Land Rover did specify that it planned to use the name Defender to refer to a family of models. That fits in of course with the strategy used for the Discovery and Range Rover series. This is no far-fetched idea.

The Defender range is aimed at off-road enthusiasts first, just as Range Rover models are designed for customers looking for luxury and the Discovery series for families looking for versatility.

Road Rover
A pint-sized Defender is likely not the only new Land Rover in the works. Another model under consideration is the Road Rover, which would share its technology with that of the electric Jaguar XJ. According to What Car?, this electric Land Rover would also appear in 2022.

Things are stirring at Land Rover, without a doubt. 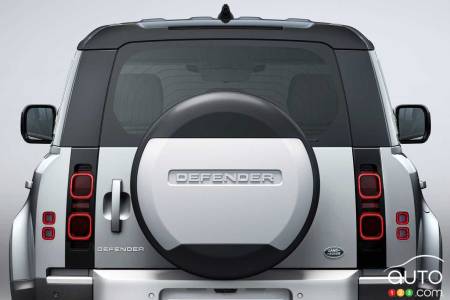 That this was on the way was a pretty open secret, but Land Rover has now confirmed it’s working on a larger Defender SUV. The Defender 130 is expected to be...