General Motors (GM) is the defendant in a lawsuit filed by the owner of a Chevrolet Bolt. The resident of South Dakota claims that the company misrepresented the true battery range of its Chevrolet Bolt electric car in cold weather.

According to the suit, the plaintiff’s Bolt lost 100 miles (160 km) of range in comparison with the advertised maximum range of 238 miles (383 km) when driven in cold-weather conditions, making for an actual range of 138 miles (222 km).

We tested the Chevrolet Bolt in both summer and winter, and our road tests delivered similar results to those of the irate South Dakota owner. Our observed range in cold weather varied between 215 km and 245 km on a full charge. That said, it is possible to increase that by observing certain driving  best practices. It’s also important to remember that the range that displays after fully recharging the battery varies according to the recent drives carried out in the vehicle.

So while the plaintiff is advancing accurate information in their lawsuit, there are caveats. At the same time, it’s undeniably frustrating to lose 160 km of range out of an advertised 383 km – it’s a big chunk of range. 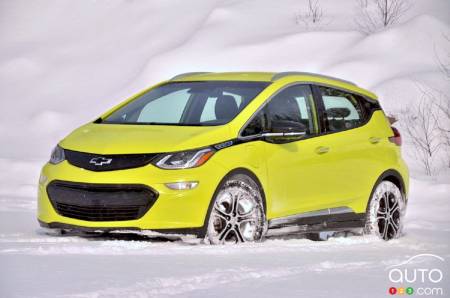 It’s well-known that lithium-ion batteries’ performance suffers significantly when temperatures dip. But much of the frustration felt by owners is due to manufacturers not providing accurate data on the range loss that can occur in colder weather.

It’s not hard to see why automakers shy away from doing that. Range loss can vary depending on a number of factors, including weather conditions, driving style and which routes are taken.

We can, then, understand both sides of this issue. However, the key point to take away from the lawsuit is that it claims the automaker failed to properly inform the plaintiff of potential range loss at the time of purchase of the Bolt.

"At no time during his purchase did GMC make him aware that the project mileage was not accurate, and as a purchaser living in South Dakota - where the lower temperature average is below 30 degrees Fahrenheit for six out of the 12 calendar months." 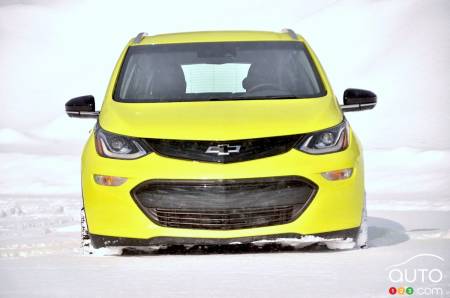 GM’s legal team has tried to get the suit dismissed on the grounds that the allegations are “nonsensical” and that the company has innumerable times stated that real-world battery range can vary due to several factors, including temperature changes. This fact is even explained in the documentation provided to buyers at the time of purchase.

In the end, we can surely sympathize with the buyer over their lost range, but it also seems clear the information was available to them at the time of purchase. The suit does serve the useful purpose of calling more attention to this issue of cold-weather range loss in EVs.

It’s impossible to predict which way the lawsuit will go, especially since American courts tend to give these types of complaints a close listen. Either way the legal decision falls, it will likely have an impact on industry practices in the EV sector. At the very least, automakers may feel compelled to be more precise in their explanations to buyers of electric cars.

Domino's Pizza to Get 855 Chevrolet Bolt EVs for its Deli...

The Domino's Pizza chain has ordered 855 Chevrolet Bolt EVs for its deliveries in the United States. This is one of the largest commercial orders to date for...

Chevrolet Is Up to 110,000 Reservations for its Silverado EV

There are already 110,000 reservations in the books for the future Chevrolet Silverado EV, which was only presented last month, don’t forget. That doesn’t pu...