F names aren't new to Lexus; many will recall the brand’s previous F models, pure sports cars powered by a V8 engine. There's even still one to be found in the carmaker’s lineup, the RC.  There’s also the F Sport option package available with several Lexus models currently, but its don't necessarily deliver a much higher level of performance.

Now, Lexus announced the F Series will be renamed F Sport Performance, with the 2022 IS 500 leading the way. It comes equipped with a 5.0L V8 engine, and with 472 hp and 395 lb-ft of torque to its name, there's no doubt that performance will be at the heart of the driving experience. The mechanics of the model are the same as the RC F, right down to the power and torque figures.

Interestingly, the model is exclusive to the North American market.

In terms of performance, Lexus promises a 0-100 km/h time of 4.6 seconds and average fuel consumption of 9.8L/100 km. In order to achieve this rating, you'll have to avoid 0-100 sprints, of course. In addition, the company has given the car  a quadruple exhaust system sure to generate excitement.

The model gets an 8-speed automatic transmission, the same unit used in the IS 300 rear-wheel drive version. Specific drive modes and settings, including steering and suspension components, will help fine-tune sporty driving for those who want to go there. The brakes, too, benefit from improvements, particularly in terms of cooling, but also in terms of size; they’re 14 inches at the front, 12.7 inches at the rear.

Aesthetically, there are obviously elements that will serve to differentiate the model. Lexus says it has raised the hood by 50 mm while adding more sculpted lines. The bumper and front fenders have been lengthened and widened respectively to accommodate the V8 engine. Enkei's 19-inch wheels add to the character of the model. The emphasis is also on black, with chrome window surrounds and a rear spoiler in black.

On board, you'll recognize the environment, but certain touches will also serve to make the experience more unique, notably at startup with an animation exclusive to the IS 500.

Finally, in terms of security and connectivity, the offering is as comprehensive as you’d expect. The car is expected to be available at the dealership this fall, and its price will be announced just prior to launch. Though to give you an idea, the RC F variant sells for about $88,000 and a Performance Package is available for $11,000. 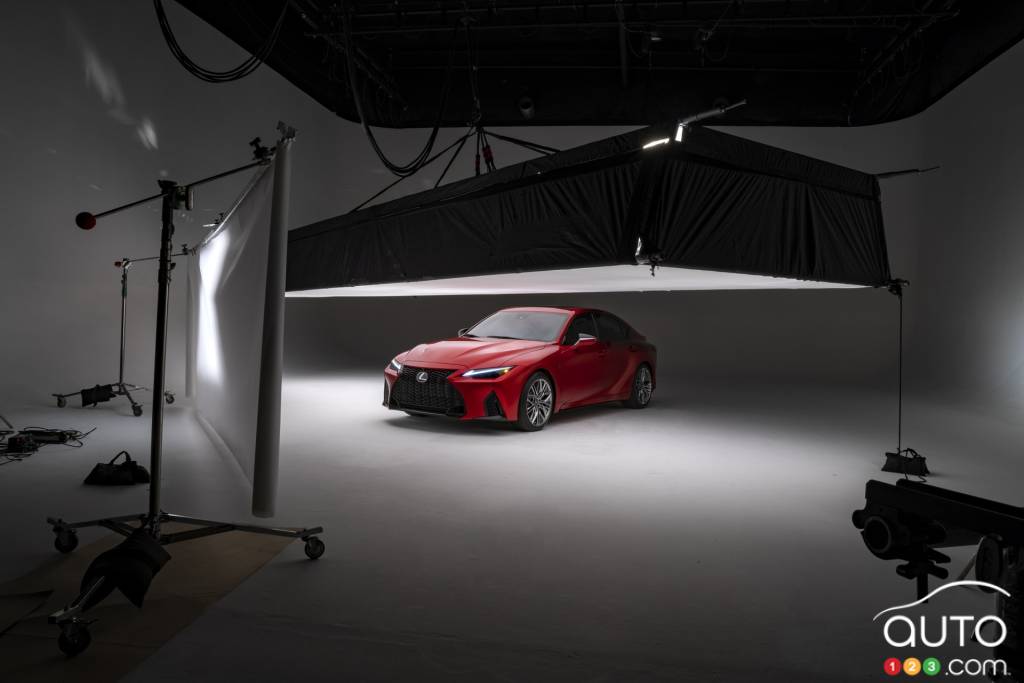 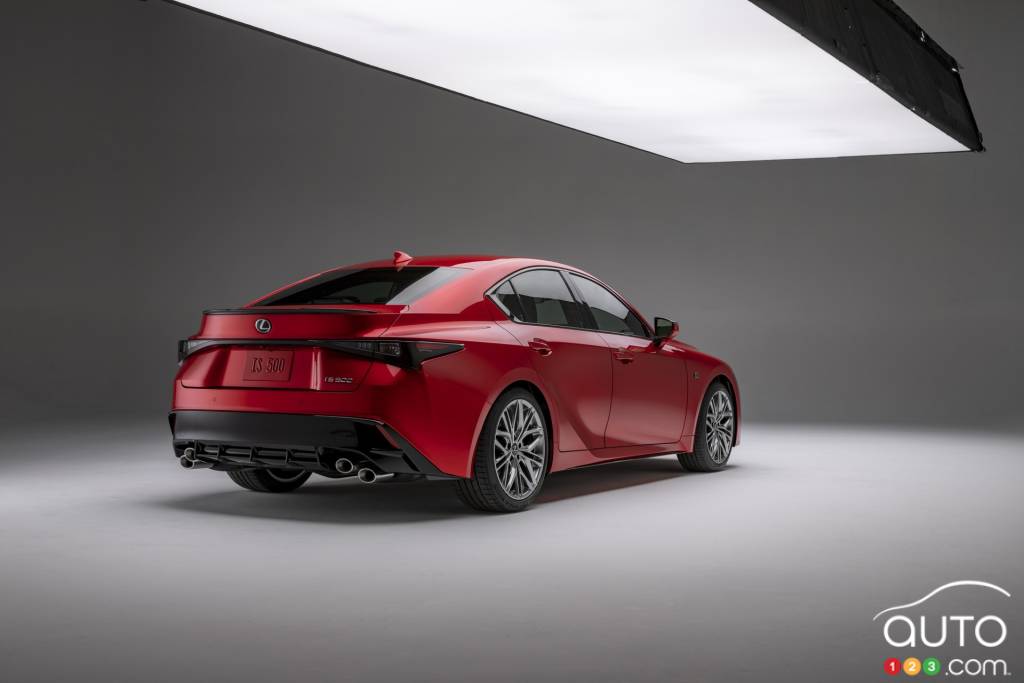 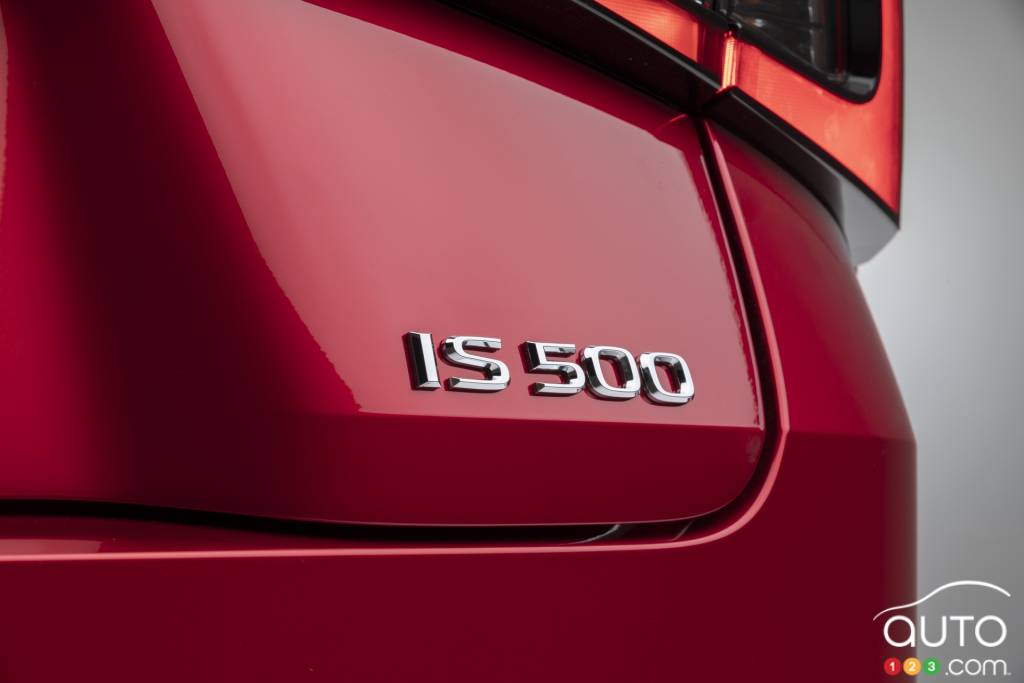 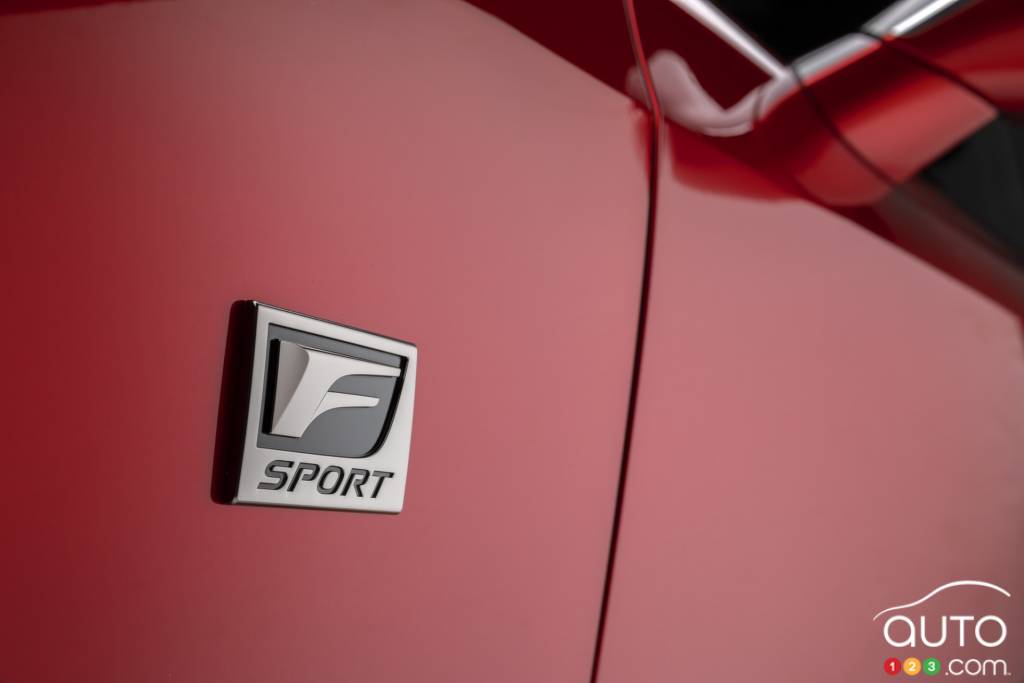