In 1989, Mazda introduced a model that would change the course of its history. 30 years later, it is paying tribute to that model with a special edition. And why present that car at the Chicago Auto Show, known historically for the innumerable truck models that have gotten their baptism there? For the good reason that that’s where the model made its own debut, three decades ago.

The 30th Anniversary limited edition of the 2019 Mazda MX-5 is being produced in both soft-top and hard-top RF versions, and it will feature an attention-grabbing Racing Orange colour that serves as a nod to the model’s original colours in 1989. The car will ride on 17-inch alloy wheels that fit its personality to a t. 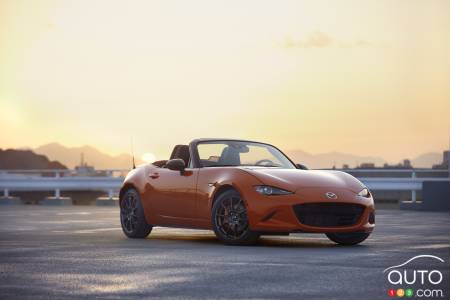 The colour scheme continues inside with Racing Orange stitching on the Recaro seats. Alcantara material cover those seats, the insides of the doors and the lower part of the console.

Even the brake calipers are painted Racing Orange, because why not?

Special anniversary-edition badging has been place on the chassis, and it includes individual numbering for each of the 3,000 units that will be produced for all markets. 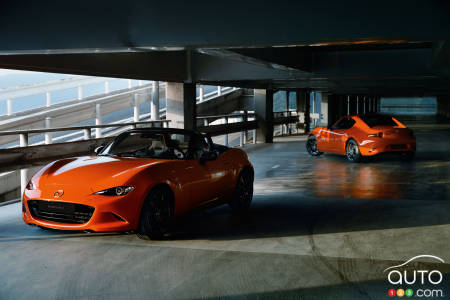 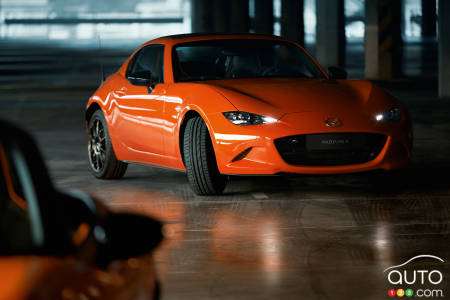 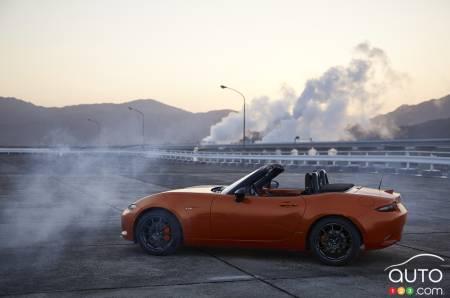 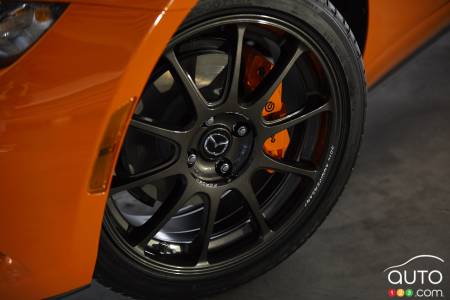 Mazda is celebrating its 100th anniversary with the introduction of special editions of its eight models. The models are designed for the Japanese market, bu...

We now know the changes Mazda bringing to its roadster for the next year. Auto123 has the details and pricing for the 2020 Mazda MX-5, both the soft-top and ...

Mazda has announced it is adding a regenerative braking system to its MX-5 – though not as part of a hybrid powertrain. For the moment it will be included in...