AMG, the performance division of German automaker Mercedes-Benz, celebrated its 50-year anniversary in 2017. This week the manufacturer lifted the veil on a stunning new supercar, the Mercedes-AMG Project ONE. It was part of a trio of new vehicles the company introduced for the first time in Canada on the occasion of the 2018 Canadian International AutoShow in Toronto.

This two-seat, mid-engine supercar concept weds exceptional track-inspired performance with Formula 1-developed hybrid technology that makes it a realistic daily-use proposition. The 1.6L direct-injection turbocharged V6 and the electric motor together generate over 1,000 hp, transmitted to the rear wheels via an 8-speed manual transmission. Acceleration from 0-100 km/h takes a mere six seconds, and the car can attain a top speed of 350 km/h. 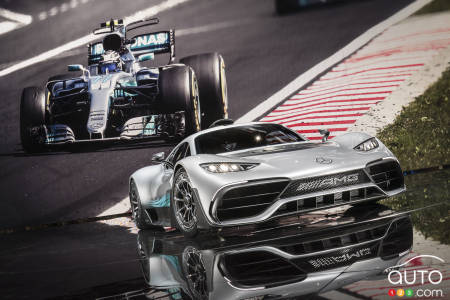 The design of the Mercedes-AMG Project ONE is as remarkable as its powertrain, its most notable elements being the highly muscular proportions, forward cockpit, oversized wheel arches, and a wasp waist and extended rear end for the body. 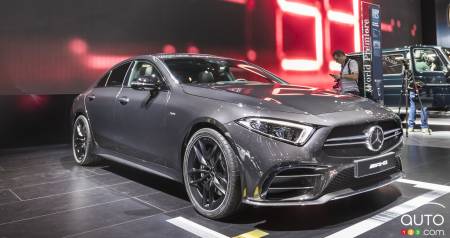 In its CLS 53 4MATIC+ version, a new 3.0L twin-turbo makes use of an exhaust gas turbocharger and an additional electric compressor. The EQ Boost starter-alternator briefly delivers an added 21 hp and a boost in torque of 184 lb-ft of torque; it also feeds the 48V onboard electrical system. The 6-cylinder in-line engine produces 429 hp and a maximum of 384 lb-ft of torque. Rounding out the powertrain are the AMG SPEEDSHIFT TCT 9G transmission and the fully variable AMG Performance 4MATIC+ all-wheel drive system.

Mercedes wasn’t done wowing the crowds in Toronto either. Also present at its stand is the reimagined G-Class SUV, just recently unveiled for the first time in Detroit. Click on the link to learn more about this luxury all-terrain utility model.

Where does the new Ascent fit when compared with the Pilot, Explorer, Traverse, Atlas, Highlander and other three-row SUVs? The answer is now a bit clearer…