On a global scale, Mercedes-Benz’ E-Class sedan is one of the most popular of the brand’s models. Perhaps it’s no surprise then that the next model to be confirmed for the company’s EQ line of all-electric vehicles is an E-Class-sized sedan.

The tentative name for the four-door EV is the EQE. According to British magazine Autocar, the official go-ahead for the project has already been granted, but we should expect it at dealerships anytime soon: the model is only expected to be ready early in the 2020s.

The new model will sit on the MEA aluminum platform the company has developed specifically for its electric vehicles. That architecture already underpins the EQC utility model that’s set to debut in 2020. We know very little at the moment regarding the precise structure of the EQE, but the car will feature all-wheel drive thanks to electric motors connected to each axle. A front-wheel-drive version could be produced as well at some point, at a reduced price. 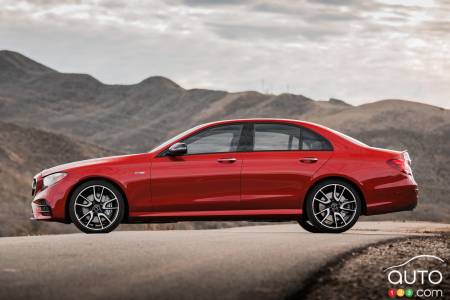 Slowly but surely, the range of EQ products from Mercedes-Benz is starting to take shape.

We know for example that the German automaker is planning a hatchback model called the EQA, which was presented at the Frankfurt auto show in 2017. The company is also working on an SUV, dubbed the EQB; it will be based on the soon-to-debut GLB model. The S-Class will get its own all-electric twin, the EQS. And finally, a van called the EQV is also in development.

The EQE will get more power to play with than the EQC SUV and its output of 402 hp and 564 lb-ft of torque, and it should get a range in the neighborhood of 600 km. The plan also includes an air suspension, Level 3 autonomous driving technology, four-wheel steering and, of course, a host of features and amenities taken straight from science-fiction.

It won’t be the next all-electric model presented by Mercedes-Benz, however. That will be the EQA, which could be seen in the flesh before the end of 2019. It will be followed by the EQV van, which is not likely to be made available in North America. Only then will the EQE get its turn in the spotlight. 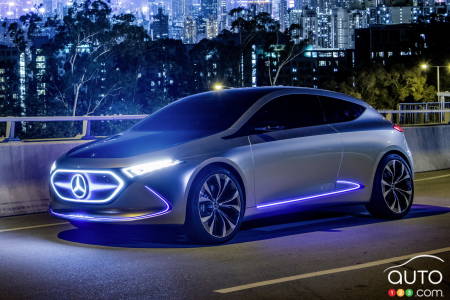 Electric Genesis G80 Seen in Testing at the Nürburgring

An electric-powered Genesis G80 has been seen in testing at the Nürburgring. This is an inevitable development when looking at the long-view picture, but tim...

Articles By
Daniel Rufiange
All Current Jaguar Models Likely to Disappear...
Article
Tesla Shuts Down Production at Freemont Plant...
Article
A V8 for the Land Rover Defender in 2022
Article
More from this author