MINI Canada and a large number of loyal fans of its cars recently celebrated the British brand’s 15th anniversary in this country in a special event in Montreal. In all, 324 MINI cars and some 600 people took part in the festivities.

The so-called “MINI Invasion” was following a tradition established at previous events held in Ottawa (2015), Niagara-on-the-Lake (2014) and Toronto (2010). Fans and owners of MINI cars traveled from the Maritimes, Quebec, Ontario and even American cities as far away as Boston and Cleveland to take part and display their vehicles. Alain Lauziere, driver in the Canadian Touring Car Championship, was on hand to provide several lucky attendees with some on-track thrills. 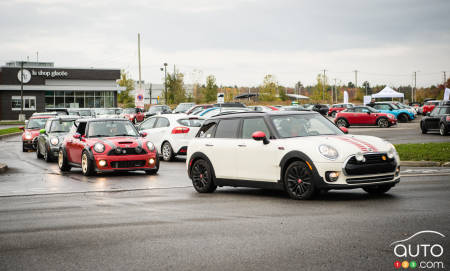 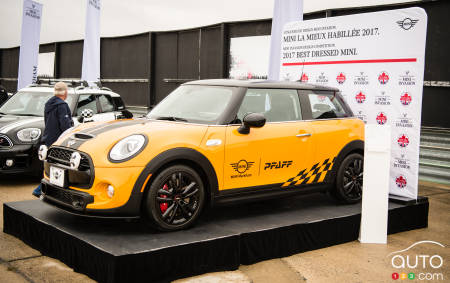 The day culminated in a boisterous party at the Arsenal contemporary arts centre in the heart of Montreal.

“MINI Invasion confirmed what I’ve known all along:  That MINI has some of the most passionate and dedicated fans in the industry.  We consider ourselves extremely lucky to have such a strong community, and were absolutely thrilled to celebrate this incredible brand with them.”

Make sure to check out our MINI in 2017: A Maxi Guide to learn all you need to know about the brand and its unique cars!

What does the 2017 MINI catalogue hold? Auto123.com offers a quick overview that will provide useful information to potential buyers. Check out pricing, tech...

We were offered a chance to drive a real MINI and they didn’t have to ask twice. The MINI is more than just Mr. Bean's car or an obscure British car - it's a...