The rebirth of the midsize pickup segment has been widely observed, confirmed and commented on in the last few years. Which means it’s unsurprising to see a number of manufacturers sniffing around the category, sending up trial balloons, developing plans and sometimes actually bringing to market a new product in the segment. Volkswagen, for one, has been studying the feasibility of doing just that for a few years now.

We now learn that Mitsubishi is also looking at the possibility. In its case, the company has not had a pickup of any size in the North American market since 2009. At the time the automaker sold a rebadged version of the Dodge Dakota in the U.S., but it never went anywhere commercially. The Mitsubishi Raider sold only 2,935 units there in 2008 (in comparison, Toyota sold 145,000 of its Tacoma truck that year).

"We would like to have [a pickup], but we'd have to have one that's the right fit for Mitsubishi, for our demographic, and something that's really competitive in the market.” 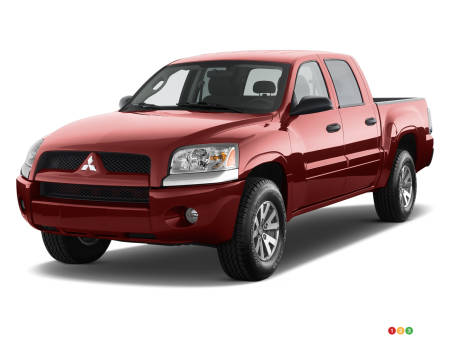 The Japanese manufacturer currently sells a pickup globally, called the L200, but it won’t be the model that’s brought to market here. Rather, Mitsubishi is working on developing a new platform for the next generation of that model, which would also underpin future Nissan and Renault products. That next generation could be the one that finds its way to our market.

That would mean a likely debut in the middle of the 2020s, and that’s an eternity away; much can change in the interim.

Still though, Mitsubishi dealerships in the United States have been clamouring for a pickup they could offer their clientele. Top brass at the company is indicating it has heard them loud and clear, but it’s also clear no decision has been made yet.