The governing body in drag racing in the United States is the National Hot Rod Association (NHRA). Today, in a sign of the times, the NHRA announced it’s creating an electric-car class for its drag racing events. This class will debut in 2022 as part of the NHRA Summit Racing Series.

Electric-vehicle drag racing is not new, but this is the first time the NHRA has officially included electric vehicles in one of its racing series. The decision came after a series of meetings held by the organization over the past four years, according to a press release issued by the NHRA.

The new category will give manufacturers “a platform to showcase their EV technology, production, and racing efforts,” said Ned Walisser, NHRA's vice president of competition. However, it is not yet clear what the exact rules covering the new class will be or what types of vehicles will be allowed to enter.

One possibility is to add electric powertrains to existing production vehicles, but it’s possible we’ll see one-off creations that push the technology and allow manufacturers and craftsmen to show off their skills. 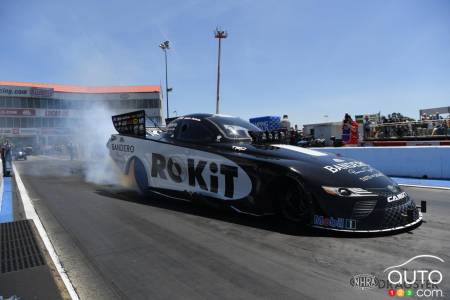 The NHRA is one of many racing-related organizations looking to get greener. Formula 1 is already using hybrid powertrains and IndyCar is expected to follow suit in 2023. Even NASCAR is considering some form of hybridity. Formula E racing meanwhile continues to gain in popularity and the Extreme E off-road series has recently been added. In Europe, electric divisions are developing that include touring car and rallycross categories.

For some racing fans, the transition to electric power is a tough pill to swallow, as one of the pleasures of racing remains all the technology related to the engines, not to mention the sound produced by the advanced mechanics.

Times are changing, however, and there’s no stopping that.

Volvo Will Offer Only Electrified Vehicles in Canada as o...

Volvo has confirmed that as of 2023, it will only offer electrified vehicles in Canada. This of course includes hybrid and plug-in hybrid models, but it's a ...