The NHTSA (National Highway Traffic Safety Administration the U.S. equivalent of Transport Canada, is looking at opening an investigation into cases of Tesla vehicles accelerating unexpectedly. The inquiry could impact up to 500,000 of the EV carmaker’s vehicles.

The agency is currently considering a request to open an investigations. It has received 127 complaints from motorists regarding 123 different vehicles. In all, some 110 accidents are said to have occurred due to the issue, and 52 injuries to have resulted.

As of now, Tesla has made no official announcement in regards to the reports. 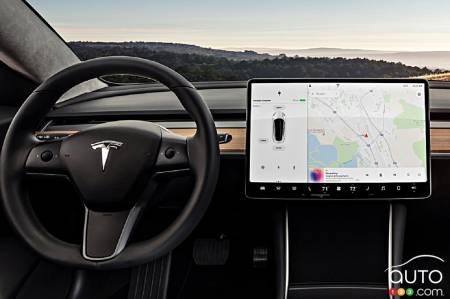 The California-based automaker has had dealings with the NHTSA before. Last October the agency looking into an issue involving 2,000 models that had received a software update the previous May to fix a potential issue that could have caused a fire without the vehicle being involved in an accident. The NHTSA’s inquiry looked at the question of whether the vehicles with the issue should have been recalled outright.

Just last week, the NHTSA said it was investigating the death of a passenger in a Model 3 in a collision with a parked firetruck in Indiana. That was the 14th accident that the NHTSA is looking at because of a suspected problem with the AutoPilot system or possibly another of the vehicle’s drive-assist systems.

Tesla has made phenomenal strides in recent months in terms of production and sales, but it is not exempt from problems. Many will be watching to see where the NHTSA’s inquiries lead, and how the company responds to them and to any conclusions the agency reaches.

Tesla Model X crash may be linked to Autopilot

Tesla’s Autopilot system could be responsible for another accident, this one involving a Tesla Model X in Pennsylvania. The NHTSA has launched an investigati...

The NHTSA has launched an investigation following the death of a Tesla Model S driver who was using the Autopilot function.