The coronavirus pandemic has hit all carmakers hard, but for Nissan, the blow was particularly harsh. The Japanese automaker was already facing significant challenges, not least of which a significant drop in sales and an aging portfolio.

Now, Nissan will announce a new turnaround strategy on May 28 based around a three-year plan. It will inevitably come with significantly lower sales targets and job losses around the world. This is according to a new report by Reuters, which cites sources very familiar with the company's plans.

Most strikingly, Nissan is reportedly going to focus on the core markets of North America, Japan and China, leaving Europe and the rest of Asia respectively to its Alliance partners, Renault and Mitsubishi. One advantage of this is that the Renault-Nissan-Mitsubishi Alliance would avoid internal competition.

According to the sources, the move would also free up considerable resources for Nissan to invest in the creation of new products and technologies for its core markets, including more vehicles specifically adapted to each of those regions. The objective is first and foremost to lower the average age of the model lineup. Nissan's fleet currently has an average age of more than five years, which is not ideal although it will come down to 3.5 years with the arrival of the next-generation Rogue and the Frontier pickup, redesigned for 2021. 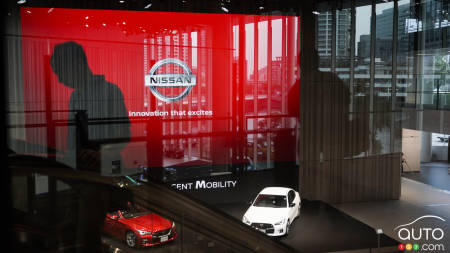 The new plan will not actually see Nissan withdraw from other markets, but the manufacturer's product range outside the three main regions would likely be reduced.

Reuters also reports, via those same sources, that the focus at the company will also be switching increasing margins rather than maximizing volume, a strategy that had allowed Nissan to achieve significant growth in North America over the past 15 years. This means Nissan will likely reduce the discounts and fleet plans it offered. As a result, global plant capacity would fall to about 5.5 million units per year, down from the current 7 million vehicles. This will inevitably lead to plant closures – and layoffs.

Reuters makes no mention of Nissan's plans for Infiniti. Nissan's luxury brand has already made known plans to introduce several new electrified models in the coming years, but considering the current situation, the future of the brand itself remains uncertain, especially if there are potential mass savings to be had.