Shell’s Canadian division has announced it will be installing 79 additional electric vehicle fast-charging stations for EVs at 37 of its service stations along major highways between British Columbia and Ontario.

This should be done by the end of the year, and it will allow the company to quadruple its offering of such facilities, up from the 25 it currently has up and running.

Shell's parent company, Royal Dutch Shell PLC, is investing heavily in this effort around the world to reach its goal of net zero emissions by 2050.

"We do have very ambitious targets. We really want to accelerate the transition in Canada and around the world," said Kent Martin, general manager of mobility for Shell Canada.

The expansion of Shell's electric vehicle infrastructure network is part of the company's goal to be a leader in electric mobility. Shell has a growing business in renewable energy and sees itself as involved in nearly every stage of the electricity infrastructure system (from power generation to storage and sales to distribution).

According to Kent Martin, the actual growth rate for electric vehicles in the coming years will vary by country and will be influenced by factors such as government incentives.

Shell's investment in its charging network is supported by a $3.9 million federal grant from Natural Resources Canada. Martin says government support is needed at this stage to encourage change among consumers. At the same, he believes that in the near-future, simple math will give electric vehicles the edge, which will naturally encourage their purchase, whether subsidies are in place or not.

At the time of writing, there are approximately 16,000 charging stations at 6,800 sites across Canada, although about 90 percent of those are located in just three provinces: Quebec, Ontario and British Columbia.

Clearly, there’s work to do by Shell and other companies active in the domain to improve infrastructure elsewhere in the country. 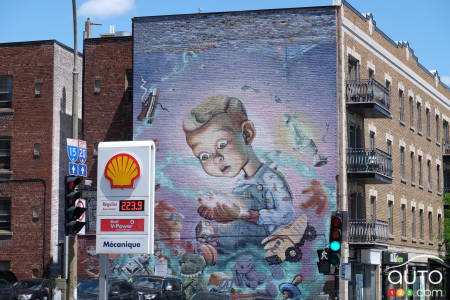 The Canadian Government Is Investing in Effort to Get mor...

The Canadian government has announced investments to increase the presence of electric vehicles on the road. In addition, 20% of new vehicles sold in 2026 wi...

Articles By
Daniel Rufiange
Tesla Delivers First Electric Semi Trucks to ...
Article
Honda Will Build a Hydrogen-Powered CR-V at i...
Article
Future Volkswagen Battery Mega-Plant Could Be...
Article
More from this author